No discussion of New Jersey employment law would be complete without New Jersey’s Civil Service System, which governs all state government employees, and employees of twenty of New Jersey’s twenty-one counties, and the majority of its municipalities. 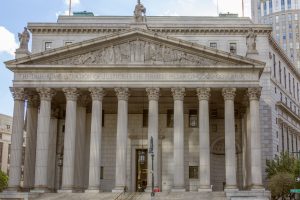 ivision gave a cogent summary of the disciplinary procedures in New Jersey’s Civil Service Act, which is worth quoting ver batim.

Disciplinary proceedings against a civil servant are not only an attempt to determine the status of a particular individual; they are a statutorily authorized action to redress a wrong committed against the people of the State by one in whom the public trust has been officially reposed. The proceedings are therefore penal, or at least Quasi-penal, in nature, and deeply embedded constructional principles, supported by fundamental notions of fairness, dictate that in such an action the statute or regulation defining the alleged violation be construed to comport with the fair meaning of the language used. The theme of fairness threads its way through the notice, hearing, and right of appeal provisions of our Civil Service Act, and finds particular pertinence in those sections requiring that the causes for removal constituting ‘just cause’ be enumerated with specificity. The governing consideration, that one be fairly and completely advised of the nature of the charges against him, loses all effectiveness if it is not reinforced by a requirement that the proscribed activities and contingencies warranting disciplinary proceedings be set forth with reasonable particularity and construed accordingly.

Thus, discipline “is governed by principles of notice, due process and fundamental fairness.”

The grounds for discipline have an almost limitless variety, but the regulations promulgated by the Civil Service Act lists many examples:

4. Chronic or excessive absenteeism or lateness;

5. Conviction of a crime;

10. Violation of Federal regulations concerning drug and alcohol use by and testing of employees who perform functions related to the operation of commercial motor vehicles, and State and local policies issued thereunder; and

Violation of appointing authority rules is also grounds for discipline.

The following are examples of some specific civil service discipline upheld by reviewing New Jersey Courts:

The main consequence of this distinction is that major discipline may be appealed to the Civil Service Commission, while minor discipline may not.  There is a route for appeal, by prerogative writ to the Superior Court of New Jersey, but this is generally cumbersome and expensive, and normally costs far more than the loss of five days or less of pay.

Our New Jersey employment attorneys represent New Jersey public employees in all aspects of civil service.  Call (973) 890-0004 or fill out the contact form to schedule a consultation with one of our employment lawyers.  We can help.