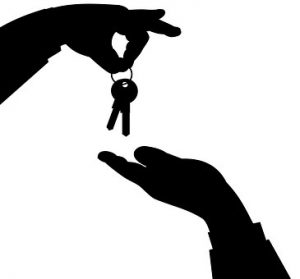 Our transactional attorneys handle many types of commercial and real estate transactions, from closings on homes, office buildings, factories, to commercial transactions including the sale of all or part of a business. The overwhelming majority of these transactions require the purchaser to take out a loan to finance the purchase. Whether a buyer qualifies for the loan is one of the main contingencies in the transactions.

In many instances the purchasers will have already obtained financing before they talk to us about the transaction. However, once we are involved in the transaction one of the things we stress most, based on long experience, is that the application for the loan must be one hundred percent honest. Anything less than perfect honesty with the bank is a crime. The days when “Liars Loans” was acceptable are now over – in fact, that day existed only in fiction. Our transactional attorneys’ extensive experience in New Jersey real estate and business transactions has convinced us that honesty with the bank is the only way to go.

Federal law makes it a felony to “execute a scheme… to defraud a financial institution.” More particularly, the federal statute states that:

Whoever knowingly executes, or attempts to execute, a scheme or artifice—
(1) to defraud a financial institution; or
(2) to obtain any of the moneys, funds, credits, assets, securities,
or other property owned by, or under the custody or control of, a
financial institution, by means of false or fraudulent pretenses, representations, or promises;
shall be fined not more than $1,000,000 or imprisoned not more than 30 years, or both.

This particular law has been on the books since 1990. However, during the heyday of the real estate boom before the Great Recession this was rampant. When the Recession came, however, it was believed that many of the big fish who inflated the numbers on “CDO’s” or the collateralized debt obligations backed by worthless junk mortgages would go to jail for fraud. They didn’t. Some of the small fish did however, in some really heart rending stories. (Sometimes some of these small fish prosecutions would up having happy endings.

The United States Supreme Court recently weighed in on this statute in the case Shaw v. United States about a scheme by Lawrence Eugene Shaw. The case is instructive, because it shows how far the law reaches. Justice Breyer described what he did.

Shaw obtained the identifying numbers of a Bank of America account be
longing to a bank customer, Stanley Hsu. Shaw used those numbers (and
other related information) to transfer funds from Hsu’s account to other accounts at other institutions from which Shaw could obtain (and eventually
did obtain) Hsu’s funds. Shaw was convicted of violating the first
clause of the statute, namely, the prohibition against “defraud[ing] a financial institution.”

Shaw’s main argument was that he could not be convicted of violating this law because he wasn’t taking the bank’s money, he was taking Hsu’s money. He argued that the bank didn’t have any property rights in the money because it was Hsu’s money, not the bank’s. Breyer made quick work of this argument, however, explaining that when someone deposits money in a bank, the bank owns it and may use it as it sees fit and normally does, often loaning it out at a higher interest rate.

The Shaw case shows the extreme reaches of the law making it illegal to defraud a bank. However, it is clear that any time money is obtained from a bank under false pretenses – such as a “liars loan” – the borrower has committed a federal felony, as well as a crime under New Jersey state law, and a civil action opening the borrower up to a lawsuit is possible as well.