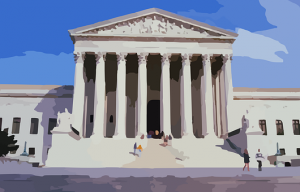 The General Equity Part of the Chancery Division of the Superior Court of New Jersey has the ability to grant “equitable” relief in addition to money damages, making it a desirable venue for business dispute.

The law courts in England gave “legal” relief, but developed a complex system of writs.  If a suit did not fit precisely within the requirements of one of the writs, relief was denied.  The office of the chancellor developed even prior to the Norman Conquest in 1066 as the “king’s conscience,” and could grant relief when remedies at law were inadequate.  The chancery, or equity, court eventually carved out its own sphere, creating a rigid and artificial barrier between law and equity, creating a situation in which litigants sometimes could not find relief in either.  Charles Dickens described the effects well in his classic novel Bleak House:

England finally jettisoned the division between law and equity between 1873 and 1875, while New Jersey, partially and grudgingly, followed suit only when it enacted the New Jersey Constitution of 1947, which is still the state’s constitution today.

So what sort of equitable relief is available in the New Jersey Superior Court’s Chancery Division?  The list is extensive, and probably no list would be complete because people have an unlimited imagination when it comes to creating trouble which needs relief from the courts, but these are some primary examples.

Equitable Relief in Property Cases.  When there is a dispute among owners of land, the Chancery judge can partition the property, force one owner to buy another out, or order the sale of the property.  When there is a suit over who owns a piece of property, such as in a case of adverse possession (or “squatter’s rights”), the chancery judge can determine who the real owner is in a “quiet title” action.  In breach of real estate contracts, the Chancery judge can order the breaching party to preform its obligations under the contract (called “specific performance”) in addition to money damages.

Equitable Relief in Contract Cases.  Sometimes money damages for breach of contract are simply not sufficient, and equitable remedies are needed rather than, or in addition to, money damages; the Chancery judge can therefore order the breaching to perform its obligations.  It can order a rescission of a contract, ie., declaring the contract void; or it can reform the contract, or rewrite it to meet the intentions of the parties, or in the interests of justice.

Equitable Relief in Disputes Among Owners of a Business.  Business divorces are some of the ugliest commercial cases.  In these cases a Chancery judge has many powers.  The judge can dissolve a business.  She can order the expulsion or buyout of an owner.  She can compel an accounting or order a receiver to oversee the business’s finances and/or operations when there is evidence of financial improprieties by one of the owners.  A Chancery judge can also grant equitable relief to a shareholder whose rights have been oppressed by the other owners.

Preventing Unfair Competition; Enforcing Restrictive Covenants.  A Chancery judge can enforce restrictive covenants in contracts.  For instance, it can issue restraining orders which prevent a party which has violated an agreement from continuing the violations.  For instance, when a business is sold or an employee receives a severance agreement, there is usually a provision for the seller or former employee to refrain from soliciting former clients; if they do, a Chancery judge can issue a restraining order prohibiting this, in addition to granting money damages.

These examples are hardly a complete list, but merely a representative sample of the relief available in business disputes heard in the Chancery Division.

Our business attorneys have decades of experience in business litigation in the Chancery Division of New Jersey’s Superior Court.  Call us at (973) 890-0004 or email us to set up an appointment for a consultation with one of our business lawyers.