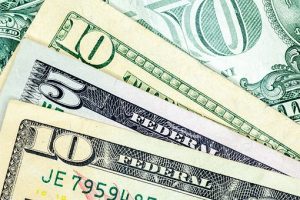 New Jersey passed the Wage Theft Act on August 6, 2019.  It is being viewed as one of the strongest and broadest wage theft laws in the nation, and rightly so.  The New Jersey Wage Theft Act increases penalties that employers may be subject to under New Jersey’s Wage and Hour Law with the addition of a liquidated damages provision and further protections for employees who bring retaliation claims.  The New Jersey Wage Theft Act also expands the employers who may be liable for employee claims by making both employers and labor contractors jointly and severally liable for violations and prohibiting waivers regarding joint and several liability.

What is Wage Theft?

Wage theft can come in a variety of different forms but boils down to circumstances where an employer does not pay an employee the amount he is owed.  The following are a few examples where an employee may have a claim for wage theft: (1) an employee is not getting paid for the full amount of hours worked; (2) a non-exempt employee is not be getting paid overtime wage rates for hours he has worked in excess of 40 hours for a week; (3) an employee’s paycheck from his employer bounces; and (4) an employer deducts time out of an employee’s paycheck for breaks which the employee never took.  As you can see from these examples, wage theft is not limited to any one industry or job.

In addition to the added protections stated above, there are a few notable changes that both New Jersey employees and employers should be aware of.

Second, the New Jersey Wage Theft Act strengthens employee retaliation claims by creating a rebuttable presumption where an employee is faced with an adverse employment action within ninety days of filing a complaint with the New Jersey Department of Labor and Workforce Development.  What this means is that the initial burden will be on the employer, and not the employee, to show, by clear and convincing evidence, that the adverse employment action was taken for legitimate, non-retaliatory, reasons.

The Takeaways From The New Jersey Wage Theft Act.

The biggest takeaway from the New Jersey Wage Theft Act is the expectation that litigation regarding wage theft will increase given the extended statute of limitations provided under the WTA.  For employers, this means that it is even more crucial to ensure that it is complying with all New Jersey Wage and Hour Laws because of the additional fines, criminal penalties, and potential exposure to liquidated damages. For employees, as always, its important that they know their rights, avenues of relief, and the changes that the New Jersey Wage Theft Act brought which may strengthen their potential claim, and document everything.

Our New Jersey employment law attorneys can help advise both employers and employees regarding these potential employment related claims.  To set up an appointment to speak with one of our attorneys, please call (973) 890-0004 or e-mail us.  We can help.