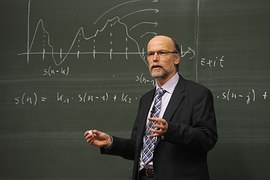 In 2012, the TEACHNJ Act, pushed through the Legislature by Governor Christie, made major changes to New Jersey’s tenure laws.  Among other changes, it revamped the appeal process for New Jersey tenure charges.  Instead of having New Jersey Department of Education make the final determination of tenure charges after a fact-finding trial by an administrative law judge, appeals of tenure charges are now decided by binding arbitration.  Because of the finality of these arbitration decisions, and the limited grounds for appeal, it is important to have experienced New Jersey employment attorneys representing you.

In general, arbitration awards are final and binding. They are subject to review only in accordance with the New Jersey Arbitration Act. This law allows for vacating an arbitration award only if the award was obtained by corruption, fraud or undue means; if there was evident partiality or corruption by an arbitrator; the arbitrator committed misconduct such as refusing to postpone the hearing, or in refusing to hear relevant evidence; prejudicial to the rights of any party; or if an arbitrator exceeds her authority or so imperfectly executed their powers that a mutual, final and definite award upon the subject matter submitted was not made.

This is a high standard. For example, in the recent decision of Bound Brook Board of Educ. v. Ciripompa by the Appellate Division of the New Jersey Superior Court, the local board of education brought two tenure charges against a tenured teacher, violating the internet policy by sending and receiving naked pictures (apparently in Twitter posts) via Board computer equipment in violation of the Boards computer and internet-use policies, and unprofessional, inappropriate and potentially harassing conduct. Operating under the evidence rules of the American Arbitration Association, as the TEACHNJ Act requires, the arbitrator excluded the Twitter posts. Nonetheless, the arbitrator found that the Board had proved the violations of the board’s computer and internet-use policies, but had not proved the charge of harassment. Under the doctrine of progressive discipline in the New Jersey Superior Court, the arbitrator reduced the penalty from being fired to a suspension for 120 days without pay, despite finding that the teacher had exercised exceptionally bad judgment. The Board tried to vacate the award long observed in New Jersey Public Sector Employment Law, the trial judge agreed, vacated the arbitration award and remanded the case to arbitration for a new hearing with a different arbitrator. The Appellate Division reversed. In reviewing the Board’s argument that the award had been obtained by undue means, the Court explained that “’[U]ndue means’ ordinarily encompasses a situation in which the arbitrator has made an acknowledged mistake of fact or law or a mistake that is apparent on the face of the record.”  However, it also requires that “the arbitrator[ ] must have clearly intended to decide according to law, must have clearly mistaken the legal rule, and that mistake must appear on the face of the award. In addition, the error, to be fatal, must result in a failure of intent or be so gross as to suggest fraud or misconduct.”

While in this case it helped the employee, it more often works to prevent an employee from overturning an adverse decision on appeal.