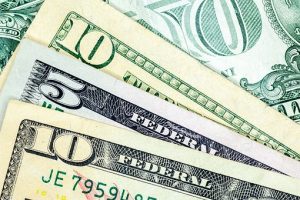 Thereafter, the Great Recession hit the Salkinds hard, and both Morton and Carol Salkind filed for Chapter 7 bankruptcy protection.  Carol listed Motorworld as an asset, because it was set up that she owned it personally.  She also listed the $500,000 loan due from Motorworld as one of her assets.  However, Motorworld’s only asset was the loan to Benkendorf, which it had forgiven.  So essentially, the transaction between the Salkinds’ companies and Berkendorf and his companies had the effect of leaving Motorworld with no assets, but still  having a $500,000 liability to Carol.  This left Motorworld unable to pay its debt to Carol, and thus insolvent.

When Carol filed for Chapter 7, the Bankruptcy Court appointed a trustee.  Under bankruptcy law, the trustee is tasked with collecting all of the debtor’s assets to recover as much as possible to fund payment for the debtor’s creditors.  So, believing the transaction to be a “fraudulent conveyance” under the UFTA, the trustee sued Benkendorf in New Jersey Superior Court seeking to void the transfer.  This would allow Motorworld to collect the loan from Benk.  The funds would make Motorworld solvent.  Since Carol was the sole owner, the trustee could seize them and use them to satisfy Carol’s creditors in her bankruptcy.

Berkendorf, of course, wasn’t too happy about this.  He had agreed to give up collecting the $1,000,000 owed to him by Fox and Giant, and now the trustee wanted him to pay another $1,000,000.  He opposed the trustee’s suit.  A trial was held, and the trial court found that the forgiveness of Motorworld’s loan was a “fraudulent conveyance” under the UFTA and Benkendorf had to pay it back.  Benkendorf appealed, and the Appellate Division reversed and found in his favor.  The Trustee then appealed to the Supreme Court, which overturned the Appellate Division and sided with the Trustee.

One of the elements of a fraudulent conveyance is that it was not made for “reasonably equivalent value.”  This was the issue at question in this case.  Here, the value received for forgiving the loan was Benkendorf forgiving the $1,000,000 debt to Giant and Fox.  Benkendorf argued, and the Appellate Division agreed, that since the companies all had the same owners, Carol received value and that was enough, essentially that substance should be put over form.

However, the New Jersey Supreme Court rejected this argument.  Although they had similar owners, Giant, Fox and Motorworld were different corporations.  The law treats corporations as separate from their owners – indeed, that is the main reason people use corporations to conduct business, because owners are generally not responsible for their corporations’ debts unless they choose to be (for example, to guarantee a loan so that a bank will actually extend a loan).  The Supreme Court explained that because the debt which was forgiven was owed to Benkendorf by Fox and Giant, not Motorworld, Motorworld in fact received no equivalent value for the forgiveness of the loan – indeed, it received nothing at all.  As a result it held that the transfer was a “fraudulent conveyance.”

This result is correct in a strict reading of the UFTA, but puts form over substance.  In any event, had the parties planned the transaction better, this result could probably been avoided and a more fair outcome Benkendorf resulted.  The problem seems to be that Motorworld still owed Carol over half a million dollars.  If as part of the transaction Carol also forgave the loan to Motorwold, the substance of the deal would have been the same – all the debt in every direction would have been cancelled – thus Motorworld would have received reasonably equivalent value when all of its debts were extinguished including the debt from Motorworld to Carol.

Our business attorneys help parties structure their transactions to protect them under New Jersey business law.  When deals break down, our litigators help people and business enforce and protect their rights in litigation, arbitration and mediation.  Call us at (973) 890-0004 or email us to set up a consultation.  We can help.