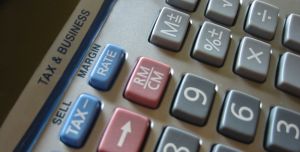 On the federal level, income taxes, and indeed all taxes to some extent, are regulated and enforced by the Internal Revenue Service (“IRS”). While there are numerous statutes, regulations, and other laws which mandate the payment of taxes on any number of goods, services, and activities, the tax bible is the Internal Revenue Code (“IRC”). The IRC has been further expanded upon and interpreted in the regulations adopted by the United States Department of the Treasury located in Title 26 of the Code of Federal Regulations (“CFR”). The IRS also issues numerous publications in an attempt to provide further guidance for people, companies, and tax professionals, typically referred to as Internal Revenue Bulletins (“IRB”).

Oftentimes people frustrated with paying income taxes, while pulling their hair out or throwing their hands up, wonder if there is some way they can avoid the tax altogether. They might start devising some strategy to argue against the very concept of paying income taxes. However, rest assured, the power of the government to enforce the payment of income taxes is legal and valid, and its not going away.

Indeed, the very first section of the IRC imposes tax on income. The IRC goes on to define taxable income as gross income after permissible deductions are subtracted, and requires everyone (with limited exceptions) to file their tax returns every year. However, when calculating personal income taxes, there are certain ways that a taxpayer may make deductions upon the tax that they would otherwise owe. In doing so, people may either itemize their deductions or accept the “standard deduction.”

The standard deduction is a formula set forth in the IRC including a consideration for annual inflation adjustments. Therefore, for 2013, the standard deduction is generally $6,100 for individuals and $12,200 for spouses filing jointly. However, additional deductions may be applicable if the taxpayer is elderly, blind, or has suffered loss from a federally declared disaster. Also, state and local taxes that are paid such as real property taxes, may also be deducted. Estates, trusts, and partnerships cannot use the standard deduction.

It may be to the taxpayer’s benefit to itemize deductions, rather than accept the standard deduction in many cases. Some examples of when the itemized deduction may be of greater benefit to the taxpayer include when there are significant medical expenses that were not covered by insurance (in some instances insurance premiums paid may also be deductible), interest or taxes on a home, casualty and theft losses that were not covered by insurance, or charitable contributions. It is best in any case to compare both the standard deduction to the total itemized deductions to determine what the best course of action is. It is also important to take into consideration state taxes in some cases.

New Jersey does not provide for itemized deductions the same way that the federal government and many other states do. However, it does allow for deductions for certain medical expenses in excess of two percent of the taxpayer’s gross income, alimony payments, health insurance costs for self-employed people, and other more obscure deductions such as the health enterprise zone deduction and conservation contribution deduction.

In addition to the normal itemized deductions for federal taxes listed above, there are also miscellaneous itemized deductions that can be taken. However, these additional items can only be included if that amount exceeds two percent of the adjusted gross income, and only the amount in excess of the two percent may be deducted. These deductions would include things such as unreimbursed business or employment expenses.

McLaughlin & Nardi, LLC’s tax attorneys are experienced with both Federal and New Jersey state tax laws, particularly with regard to income taxes for both businesses and companies. To learn more about what we may be able to do to help, please visit our website, or contact one of our New Jersey lawyers by e-mail or telephone at (973) 890-0004.