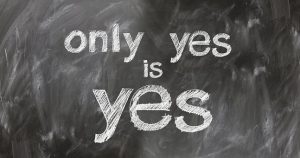 The United States District Court for the District of New Jersey recently issued a decision which illustrates some of the weaknesses in both Federal and New Jersey Employment law, particularly Title VII of the Civil Rights Act of 1964 and New Jersey’s Law Against Discrimination.  Our attorneys represent both employers and employees in employment law, and this issue is of utmost concern to us.

The decision was in the case of Axakowsky v. NFL Productions, LLC, d/b/a NFL Films.  In that case, Nadia Axakowsky sued NFL Productions, LLC, for sexual harassment under Title VII of the Federal Civil Rights Act of 1964 and New Jersey’s Law Against Discrimination.  The judge dismissed the case on summary judgment, ruling that Axakowsky was an independent contractor and therefore was not protected by either law.

The judge undertook a detailed analysis under federal case law interpreting Title VII.  Culminating with the United States Supreme Court’s decision in Nationwide Mutual Insurance Company v. Darden in 1992, the federal courts have developed a test to determine whether a worker classified as a contractor is in reality an employee entitled to protection under Title VII.  The judge went into detail examining all the factors in the relationship, and determined that Axakowsky was in reality a contractor, not an employee, and therefore not entitled to protection under Title VII.  Without going into detail, given that Axakowsky worked only one and a half hours per week as a voice-over artist and continued to audition for and accept other work, the analysis was in all likelihood correct.

However, there are two troubling aspects to the decision.

First, procedurally, while the Nationwide case and its progeny provide the blueprint for the analysis under Title VII, New Jersey courts have developed their own detailed analysis wholly separate from that which applies to federal law.  (Indeed, we have successfully argued this difference before the United States Court of Appeals for the Third Circuit in the context of a whistleblower suit.)  In a series of decisions including the cases of Pukowsky v. Caruso by the Appellate Division of New Jersey’s Superior Court, and D’Annunzio v. Prudential Insurance Co. and Hargrove v. Sleepy’s by the New Jersey Supreme Court.  New Jersey’s courts have laid out a detailed set of factors to be applied when addressing this issue in claims under New Jersey’s Law Against Discrimination.  Indeed, the failure to examine the Hargrove is especially troubling because the Third Circuit – the appeals court for the federal courts in New Jersey – has specifically asked the New Jersey Supreme Court to clarify the employee / contractor test under New Jersey law so that New Jersey’s federal courts could properly apply it.

The factors under New Jersey’s test identified in the Pukowsky case require balancing the following factors:

(1) the employer’s right to control the means and manner of the worker’s performance; (2) the kind of occupation—supervised or unsupervised; (3) skill; (4) who furnishes the equipment and workplace; (5) the length of time in which the individual has worked; (6) the method of payment; (7) the manner of termination of the work relationship; (8) whether there is annual leave; (9) whether the work is an integral part of the business of the “employer;” (10) whether the worker accrues retirement benefits; (11) whether the “employer” pays social security taxes; and (12) the intention of the parties.

The D’Annunzio opinion emphasized that the “big picture” is to determine whether the worker is a “cog” in the employer’s enterprise.

While this New Jersey test under the Law Against Discrimination is different, the facts indicate that the result would probably be the same.

The major problem is not procedural, however.  The problem is that this is the law at all.   Both the Congress and the New Jersey Legislature have made the decision that discrimination should not prevent a person from making a living or being subjected to harassment because of who they are.  (New Jersey also bars retaliation for blowing the whistle on an employer’s unlawful practices in the Conscientious Employee Protection Act, known as CEPA).  In simpler times, protecting only employees was sufficient.  However, the trend now is toward using independent contractors for businesses core work, rather than using traditional employees.  The reasons are many: less benefits, the worker bears the payroll tax, no requirement to pay time and a half for overtime, and no coverage by employment laws.

Therefore, Title VII, New Jersey’s Law Against Discrimination, and New Jersey’s Conscientious Employee Protection Act (as well as many other federal and state employment laws, including those requiring payment of time and a half for overtime) need to be amended to protect independent contractors as well as employees.

We represent employees and employers in all aspects of federal and New Jersey employment law.  Call us at (973) 890-0004 or email us to set up a consultation with one of our employment lawyers.  We can help.