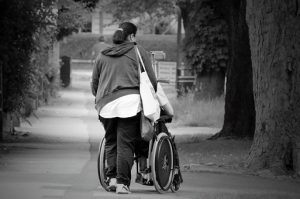 The decision was in the case of Flanzman v. Jenny Craig, Inc.  In that case, the employer, Marilyn Flanzman, was an eighty-two year old former weight loss counselor who worked for Jenny Craig, Inc. for twenty-six years.  Who filed suit for alleged age discrimination and harassment.  The trial court below compelled the case to proceed to arbitration.  Marilyn filed an appeal based on the trial court’s order to compel arbitration.  On appeal, the Appellate Division was asked to determine whether the arbitration agreement between the parties was invalidated because the parties failed to identify any arbitration forum or process for conducting the arbitration.

The Appellate Division ultimately ruled that the parties lacked a “meeting of the minds” and therefore held that the arbitration agreement was invalid, reversing the trial court’s decision below.  The Court came to its decision because neither party could identify the rights that plaintiff was given under the arbitration agreement in exchange for plaintiff waiving her right to a jury trial.  In its opinion, the Appellate Division found “selecting an arbitral institution informs the parties, at a minimum, about the institution’s general arbitration rules and procedures.  Without knowing this basic information, parties to an arbitration agreement will be unfamiliar with the rights that replaced judicial adjudication.  That is the parties will not reach a ‘meeting of the minds.’”

There are some key takeaways from the Flanzman opinion for both employers who have employees sign arbitration agreements and for employees who have agreed to arbitrate claims which arise within the workplace.

(1) The arbitration forum needs to be specific.

(2) Assigning a specific arbitrator is not required.

Our employment law attorneys can help advise both employers and employees regarding potential employment related claims and an arbitration agreement’s effect on those claims.  To set up an appointment to speak with one of our attorneys, please call (973) 890-0004 or e-mail us.  We can help.