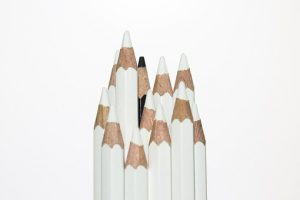 Second, there is a line of federal cases in which discrimination because of “non-conformity” in a protected sphere violated Title VII.  The most famous of these cases was Loving v. Virginia, were the U.S. Supreme Court struck down a Virginia law which prohibited white and black people from intermarrying.  Likewise the Supreme Court had held that a company could not hire men with school age children but refuse to hire women with similarly aged children.  Here, too, the court found, employers cannot discriminate against an employee based on the gender of the person they married.

Finally, the court applied an outcome based test.  Changing the gender of either partner would have resulted in a different outcome ie, it would have resulted in an opposite sex marriage and thus no discriminating acts.  Thus, it was consideration of the gender of Hively and/or her partner which caused the wrongful employment actions, and thus it was illegal gender discrimination in violation of Title VII.

Because the case was being heard on a motion to dismiss, the Seventh Circuit had to take all the facts alleged by Hively alleged as true.  Therefore, rather than “winning,” Hivley’s case was sent back to the District Court.  However, now the District Court couldn’t find that sexual orientation discrimination wasn’t gender discrimination.  Rather it had to accept that this is the law, and determine whether Hivley’s factual allegations were true.

McLaughlin & Nardi’s New Jersey employment lawyers represent employees who have been discriminated against because of their gender, sexual orientation, age or race.  Call (973) 890-0004 or email us to set up a consultation. We can help.