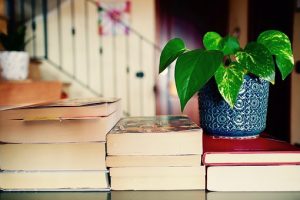 One of the areas which counterintuitively generates among the most questions in New Jersey employment law is teachers’ tenure.  Although teacher tenure dates  back over a century, tenure is still an area of the law which generates much controversy and litigation.  The Appellate Division of New Jersey’s Superior Court recently issued a decision in one such area of contention in the case of Zimmerman v. Sussex County Educational Services Commission.

Tenure rights can, however, be superseded in certain circumstances.  For example, a reduction in force (i.e, a “layoff”) can be reason for terminating a tenured employee’s job or reducing her salary.  However, even in this situation, it can only be done based on actual concrete reasons, such as a reduction in funding or a reduction in the number of students which the school district serves.  In this case, however, neither the administrative law judge nor the Commissioner of Education made any findings that these were  economic reasons for the reduction, or on how Comment’s and Zimmerman’s relative seniority with similarly situated employees would have impacted a legitimate reduction in force.  The Commission, the administrative law judge and the Commissioner or Education all simply rested their decision on their belief that the reduction in hours, combined with a lack of the minimum number of contractually mandated hours, meant the reduction in hours was  not a tenure violation, and the Appellate Division told them that they were flat out wrong.

Our lawyers represent teachers, public and private employees, and private sector employers in all aspects of New Jersey employment law, including tenure hearings and appeals.  Call (973) 890-0004 or email us to schedule a consultation with our attorneys.