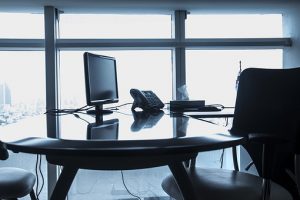 New Jersey employment law generally recognizes that employees have a limited right to privacy in the workplace, including in their digital life.  However, a recent federal appellate decision limited the reach of employee privacy.  It is an unpublished decision, and therefore not binding.  However, it is a troubling outcome.

People generally have a right to privacy which they do not lose when entering the work force.  The New Jersey Supreme Court explained in the 1992 case of Hennessey v. Coastal Eagle Point Oil Co. that the source of this right in New Jersey Employment law comes from the New Jersey Constitution and the common law.  However, in that same case, the Supreme Court ruled that the right to privacy in the workplace is not absolute, and may yield to legitimate public policy concerns such as public and employee safety.

In that case the New Jersey Supreme Court held that even though a urinalysis is invasive and intrudes on an employee’s privacy, it was permissible when testing for drug use by employees with dangerous jobs.

After Hennessey, in 2010, in the case of Stengart v. Loving Care Agency, Inc., the New Jersey Supreme Court held that an employee could have a reasonable expectation of privacy in her private emails.  Even though she accessed them on a company computer.  In that case emails with her attorney on her own personal, password protected, web-based email account on a work computer.  The court ruled that employee’s right to privacy barred her employee from reading them.  However, the court held that this right is not unlimited.  The Supreme Court explained,

Our conclusion that Stengart had an expectation of privacy in e-mails with her lawyer does not mean that employers cannot monitor or regulate the use of workplace computers. Companies can adopt lawful policies relating to computer use to protect the assets, reputation, and productivity of a business and to ensure compliance with legitimate corporate policies. And employers can enforce such policies. They may discipline employees and, when appropriate, terminate them, for violating proper workplace rules that are not inconsistent with a clear mandate of public policy. For example, an employee who spends long stretches of the workday getting personal, confidential legal advice from a private lawyer may be disciplined for violating a policy permitting only occasional personal use of the Internet. But employers have no need or basis to read the specific contents of personal, privileged, attorney-client communications in order to enforce corporate policy.

In 2013 the New Jersey Legislature made it illegal for an employer to “require or request a current or prospective employee to provide or disclose any user name or password, or in any way provide the employer access to, a personal account through an electronic communications device.”  This includes social media accounts.  Likewise, employers may not retaliate or discriminate against anyone who refuses to allow the access to their accounts.

Two other laws also limit employer access to employee emails, the Federal Electronic Communications Privacy Act of 1986, and the New Jersey Wiretapping and Electronic Surveillance Control Act.  These acts make it illegal for third parties to get access to email without consent of the users.  These laws contain two exceptions, however.  The first is for inspections done in the normal course of business for business purposes or to protect the employer’s rights or property.  The second exempts access to emails when consented to by one of the parties to the communication.  Thus, a well-written policy could possibly negate these laws’ reach.

The United States Court of Appeals for the Third Circuit (which hears appeals from the Federal District Courts in New Jersey, Delaware, Pennsylvania and the Virgin Islands) recently issued a decision in the case of Scherer Design Group, LLC v. Ahead Engineering, LLC, et al., interpreting New Jersey’s employment laws on employee digital privacy rights.  Although an unpublished case, it signals a troubling departure from New Jersey’s legal framework.

Our employment lawyers represent employers and employees in all aspects of New Jersey employment law.  Call us at (973) 890-0004 or fill out the contact form on the right to set up a consultation with one of our attorneys.