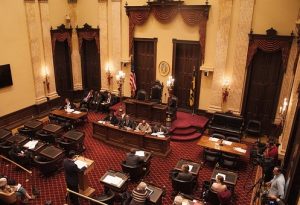 The Supreme Court of New Jersey in the Rutgers case explained that the law is clear that “a state is not amenable to the zoning regulations of its political subdivisions.” Thus, Rutgers, as an instrumentality of the state performing a necessary governmental function, could not be restricted by local land use regulations.

Montclair State appealed the decision and the Appellate Division (New Jersey’s intermediate appeals court) agreed that the trial court judge had erroneously determined that Montclair had to bring the plans to the county and municipal boards for review. While a State University cannot exercise its immunity in an unreasonable fashion which would negatively affect important local interests, it needs only consult with the local government in an attempt to take actions that are compatible with the surrounding land uses. However, an objective difference of opinion regarding best methods to address local traffic safety concerns is not enough to find that the State University acted unreasonably. The Court found that Montclair State was not required to appear before local land use boards and that, in such circumstances, the courts should consider only whether the state entity satisfied its duty to reasonably consider legitimate local concerns.

Therefore the case now returns to the trial court to determine whether Montclair State’s plan for the construction is reasonable and considered the concerns of the local governments.

The attorneys at McLaughlin & Nardi, LLC are continuously staying abreast of new and evolving state and federal laws and can advise both businesses and individuals on the many varied ways that these laws may affect them. To learn more about what we may be able to do to help, please visit our website, or contact one of our New Jersey lawyers by e-mail or telephone at (973) 890-0004.