In a recent unpublished decision, the Appellate Division of the Superior Court addressed the employment law issue of jurisdiction for appealing discipline of tenured school employees.

When a New Jersey government employee faces discipline, there are several avenues for relief depending on the nature of the alleged wrong by the employer and the relief sought.  If the alleged violation is one of constitutional rights, discrimination, or whistleblowing retaliation, the employee can sue in New Jersey state or federal court, or appeal in an administrative forum.  T 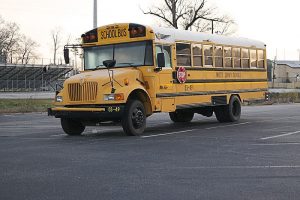 he choice will depend on the relief sought.  If the employee does not want to continue working for the employer or does not care about correcting the discipline, but rather only cares about collecting money damages, then she would sue in court (New Jersey state courts and New Jersey law provide greater procedural and substantive advantages for employees, so they usually file in the Superior Court rather than federal court).  If the employee is more concerned about getting her job back or correcting the discipline, often the administrative route (which can also provide back pay) is the best choice.  When there are no issues of constitutional rights, or discrimination or retaliation, then the administrative route is the only option.

However, the TEACHNJ Act eliminated that route.  Now, if an employee objects to tenure charges he appeals to the Commissioner of Education, who then refers the case to an arbitrator who makes a final decision.  These decisions can be appealed only on very, very limited grounds; the practical effect is that arbitration awards are extremely difficult to successfully appeal.  Many people fear that arbitrators will be less favorable to employees (although the decisions tend to be fairly even).  Thus, many try to avoid arbitration.  Such was the situation in the case of Christopher Luskey versus the Carteret Board of Education.

Christopher Luskey was a tenured janitor for the Carteret Board of Education.  He was served with tenure charges seeking to terminate his employment.  Because Luskey’s union contract (known as a collective negotiations agreement, or CNA) provided a grievance procedure, Luskey sought to have the case heard by the Public Employment Relations Commission (PERC), which governs employer-employee relations in the collective negotiations sphere.  However, PERC declined jurisdiction and refused to enjoin arbitration with the Commissioner of Education.  Luskey made the same arguments to the arbitrator, who likewise rejected them.

The Appellate Division likewise rejected Luskey’s argument that PERC should hear his appeal.

The Appellate Division explained that tenure under New Jersey employment law is created by statute, not contract.  Since PERC deals with rights created in collective negotiations, it is not the proper forum for review.  Since tenure is a creature of statute, then it is the statute that governs where review should be held, and in this case the TEACHNJ Act required that appeals from tenure charges for public education employees be resolved by an arbitrator assigned by the Commissioner of Education.

Moreover, the Court explained, even if Luskey’s union contract had somehow conferred tenure on him, the procedures for appealing tenure charges would still governed by the TEACHNJ Act and the New Jersey Tenure Hearings Law, and therefore decided by an arbitrator.

Our employment attorneys represent teachers and other education employees in arbitration, litigation and mediation.  Fill out the contact form on this page or call (973) 890-0004 to schedule a consultation with one of our attorneys.  We can help.