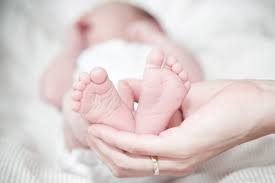 Kathleen Delanoy was a police officer for Ocean Township.  Delanoy became pregnant with her second child and so advised her supervisors.  Under Ocean Township’s Police Department’s policy governing pregnant police officers, she was allowed to work a “maternity assignment,” akin to a light duty assignment depending on her physical limitations, but according to the Department’s “Maternity SOP” she first had to use all her accumulated paid leave time, which included all her vacation, holiday and personal days.  However, the Department’s light duty policy, which did not cover maternity, had the same requirement to use accumulated paid leave time, but unlike the Maternity SOP, the light duty policy allowed the chief of police to waive that requirement.  Prior to Officer Delanoy’s first pregnancy there were no policies for pregnant or disabled officers’ assignments; both were instituted after Delanoy sued for discrimination after her first pregnancy.

After full discovery was exchanged, both sides filed motions for summary judgment.  The trial court denied Officer Delanoy’s motions and granted the Township’s, and dismissed her lawsuit.  She appealed and the Appellate Division reversed.

essentially has four distinct and important components: (1) language that prohibits unequal treatment of pregnant women in a variety of contexts, including the workplace; (2) provisions that require employers to provide pregnant workers, upon request, with reasonable accommodations that can enable them to perform their essential job functions; (3) a mandate that the employer must not “penalize” a pregnant worker for requesting or receiving the accommodation, and (4) an undue hardship exception to the reasonable accommodation provision.

For the purposes of this section “pregnancy” means pregnancy, childbirth, or medical conditions related to pregnancy or childbirth, including recovery from childbirth.

For the purposes of this subsection, in determining whether an accommodation would impose undue hardship on the operation of an employer’s business, the factors to be considered include: the overall size of the employer’s business with respect to the number of employees, number and type of facilities, and size of budget; the type of the employers operations, including the composition and structure of the employer’s workforce; the nature and cost of the accommodation needed, taking into consideration the availability of tax credits, tax deductions, and outside funding; and the extent to which the accommodation would involve waiver of an essential requirement of a job as opposed to a tangential or non-business necessity requirement.

The Appellate Division found that by requiring that pregnant employees use all their accumulated time off when that requirement could be waived for non-pregnant disabled employees, the two policies on their face provided unequal and less favorable treatment toward pregnant officers and thereby constituted unlawful pregnancy discrimination.   The Appellate Division therefore entered judgment in Officer Delanoy’s favor on this claim.

However, the Appellate Division could not decide whether requiring officers to use accumulated time off before light duty or “maternity duty” constituted a failure to provide reasonable accommodation or that the difference between the two policies penalizes officers for being pregnant.  The Appellate Division then remanded those issues back to the judge in the Law Division of the Superior Court to be decided by a jury at trial.

However, the Appellate Division flatly rejected Ocean Township’s argument that it had no duty to accommodate Officer Delanoy’s pregnancy – this flies in the face of the plain language of the statute.

We represent employees who have suffered wrongful treatment because of their pregnancies or any other wrongful discrimination.  Call us at (973) 890-0004 or fill out the contact form on this page to set up a consultation with one of our employment attorneys.  We can help.