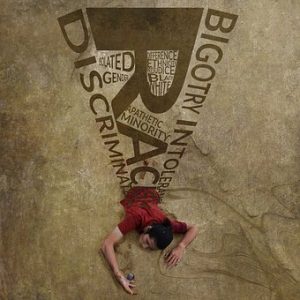 Background: The Law Against Discrimination

In a recent case decided by the Appellate Division of New Jersey’s Superior Court, the Court was faced with the question of whether a discrimination lawsuit was properly dismissed by the trial judge on summary judgment, or whether the employee should have been allowed to present her case to a jury. The employee, Ada Caraballero, claimed that her employer, Cablevision Systems Corporation, fired her because of her age and disability.

The Appellate Division judges first explained the test which trial courts must apply when evaluating claims of discrimination on summary judgment motions:

In an LAD action based on a claim that employment action was unlawfully based on age [or disability], a plaintiff must establish: membership in that protected class; qualifications for or adequate performance of the position held; an adverse employment decision; and replacement by a person not in the protected class. When these elements are adequately demonstrated, the burden of production shifts to the employer to come forward and “articulate a legitimate, nondiscriminatory reason” for its actions. Id. at 449. Then, in the third stage of this “burden-shifting scheme,” the plaintiff must show the employer’s articulated reason “was merely a pretext for discrimination and not the true reason for the employment decision.”

Considering that the order under review resulted from Cablevision’s summary judgment motion, we do not consider the weight of plaintiff’s evidence, only its existence….
In this case, Caraballero was 50 when she was terminated, and thus she was in the protected class for age discrimination. She was also terminated shortly after gall bladder surgery, which can be considered a disability under the LAD. She presented evidence that she was qualified by her performance evaluations, and had in fact performed it well for 15 years. She was replaced by a non-disabled employee half her age. She thus satisfied the first part of the test and the burden shifted back to Cablevision.

Cablevision claimed that Caballero was fired because she failed to disclose that she was divorced, and thus continued to have her former husband covered under Cablevision’s health insurance policy. The court held that this could be a legitimate business reason to fire an employee, and the burden thus shifted back to Caraballero to prove this reason was pretext. Caballero produced evidence that she had told Cablevision about her divorce multiple times, including right after her divorce when she advised that her husband should be taken off the policy. Cablevision argued that she had not told the proper person in accordance with the company’s policies. The Appellate Division noted this, and held a jury might be swayed by that fact. However, it ruled that at the summary judgment phase the question is not which party has the stronger argument. The question is whether the party defending the motion has brought forth some evidence supporting its claims. Here, Caraballero clearly had.

• Timing is important — the court placed great weight on the fact that Caraballero was terminated shortly after her surgery.
• Context is key — the court also found that the fact that Caraballero was replaced by someone half her age could be seen as circumstantial evidence of favoring younger workers.
• Documents are difficult to explain away – the employer’s claims that the employee was not adequately performing her duties were undercut by having recently given Caraballero a “strong performance” rating in her evaluation.
• For employers and employees, documentation is everything. For example, the evaluations alone helped Caraballero satisfy her burden of proof that she was performing her job. The documentation on the notice she did or did not give about her divorce, or how she gave it, may be the evidence that decides the case for the jury.
• For employers, it is important to realize that these cases are rarely decided on summary judgment because at least they go to the motivation about why the decision makers made their decision, not what decision they made. Thus, when making employment decision, it is important that the reasons for the decision be well-documented and alternatives are considered first, like counselling or, if termination is necessary, a severance package in exchange for a release of the employee’s claims.
• For employees, it is important to remember that just surviving summary judgment isn’t the end of the story. The employee still has to convince a jury.

Our employment attorneys have considerable experience representing employers and employees in all aspects of New Jersey employment law. Call us at (973) 890-0004 or fill out the contact form on this page. We can help.