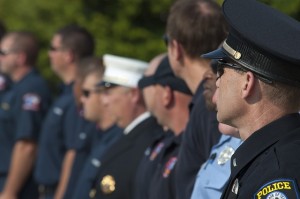 The New Jersey Department of Corrections, Collins’s employer, found that he had committed multiple violations of rules and regulations, including conduct unbecoming a public employee, neglect of duty, and falsification.  Based on this, the Department terminated Collins’s employment.

Collins appealed his termination to the New Jersey Civil Service Commission.  The Commission transferred the matter to the New Jersey Office of Administrative Law (the “OAL”) for a hearing as a contested case.  An administrative law judge (“ALJ”) held a hearing.  The ALJ found that the DOC had not proved most of the charges of misconduct, but that the ALJ found that leaving the gate open was clearly neglect of duty, and a serious violation, in fact.  However, while serious, since the intentional charges had not been proven the ALJ’s decision reversed the termination order and imposed a 120 day suspension.

An ALJ’s ruling is not final, however.  It is only a recommendation as a fact finder which the New Jersey Civil Service Commission can either accept, modify or reject.  In this case the Commission accepted the ALJ’s findings of fact, finding neglect of duty and rejection of the remaining charges.  However, the New Jersey Civil Service Commission rejected the ALJ’s recommended penalty and reinstated the termination of Collins’s employment, explaining that New Jersey law enforcement officers, including corrections officers, are held to a higher standard, and leaving the gate open was “egregious neglect” compromising the safety of inmates and other officers.

The Appellate Division explained that while progressive discipline is a “very important principle” governing civil service discipline cases, it is not applicable to all cases.   Where a disciplinary violation is so severe, the ultimate penalty of termination may be appropriate even for a first offense.  Thus, while Collins had an unblemished disciplinary record before this incident, the severity of the infraction and the potential for harm it caused outweighed the mitigating factor of Collins’s clean disciplinary record.  It was, the Appellate Division explained, a violation of a correction officer’s most fundamental duty.  The court therefore upheld the termination of Collins’s employment with the New Jersey Department of Corrections.

Progressive discipline remains an important principle governing New Jersey employment law in the discipline of government employees.  However, it is not unlimited.  Where the offense is so severe, or violates the employee’s core duty  – even if not intentional – progressive discipline will not prevent the termination of employment of an employee with no prior disciplinary history.