New Jersey’s Consumer Fraud Act (the “CFA”) is one of the broadest, strongest, and most far-reaching consumer protection laws in the country. The CFA states that it is unlawful for any person to use any unconscionable commercial practice in the sale of any goods, services, or even real estate in some cases.

The New Jersey Legislature enacted the CFA in 1960. Amendments in 1971 expanded the Act’s reach and purpose and included provisions to allow for individuals to bring private lawsuits rather than only allowing public actions by the Attorney General. However, the State still plays a significant part in enforcing the Act, led by the New Jersey Division of Consumer Affairs, Office of Consumer Protection.

In the attempt to encourage private actions and reduce the burden to the State in enforcing the CFA, the Act included the ability for claimants to recover treble (triple) damages, reasonable attorneys fees, and litigation expenses. This was done so that even those with little means to bring an action could recover their losses no matter how small, and, in the process, the punitive nature of the damages would further discourage those who would otherwise be tempted to use deceitful or fraudulent practices against others.

Since the CFA is a remedial piece of legislation courts tend to interpret the Act’s language very broadly with the aim of providing the most consumer protection. However, the CFA does have some limits and generally will not apply to claims such as denial of benefits by insurance companies, claims regarding employee benefit plans covered by the Employee Retirement Income Act (“ERISA”), claims regarding hospital services, employment claims, or claims against the government, public utilities, or licensed professionals. “Licensed professionals” typically include accountants, insurance agents, architects, doctors or other professionals where the claimant could have alternative options for recourse such as through malpractice claims.
END_OF_DOCUMENT_TOKEN_TO_BE_REPLACED

In 1978 Congress passed the Fair Debt Collection Practices Act (FDCPA) in an effort to eliminate the abusive tactics used by unscrupulous consumer debt collectors. The Act also provides consumer debtors with a procedure for which they may dispute and obtain verification of the debt. New Jersey business owners need to be aware of its requirements.

The FDCPA applies only to consumer debt, which means that the debt was incurred primarily for personal, household, or family purposes, rather than commercial purposes. Therefore, collections against a corporation are not governed by the provisions of the FDCPA. Further, the FDCPA only restricts the conduct of “debt collectors” which includes only third-party collectors who regularly collect the debts of another, and does not include original creditors. Sheriffs are also not considered debt collectors. This means a New Jersey business owner trying to collect its own debt need not comply.

One question that is often raised is what constitutes “regularly” collecting the debts of another. There is no black and white answer and the courts have refused to set forth a hard and fast rule on the matter. For instance, in one case, the court found that a firm was a debt collector when four percent of its business was dedicated to debt collection, while in another case the court found that the firm was not a debt collector when six percent of its business was comprised of debt collection, partly because that six percent was met by a single case. It is ultimately determined on a case-by-case inquiry.
END_OF_DOCUMENT_TOKEN_TO_BE_REPLACED

Under New Jersey law, anyone authorized to write a check can issue a stop payment order. A stop payment order tells the bank that it should not honor a check already written and given to someone, but not yet cashed.

However, New Jersey law does not require check cashing companies to investigate every check for possible stop payment orders. For instance, the Superior Court of New Jersey ruled that any claim that a check cashing company failed to conduct due diligence is unlikely to succeed because it is commercially unreasonable for companies to inquire about possible stop payment orders on every single check. It is enough for the company to see that the amount is small, the person has cashed similar checks from the same source, the person shows identification, and there are sufficient funds in the account.

If there is something suspicious about the check, the law may require the check cashing company to call the bank or check-writer to ensure it is legitimate. However, without some clear sign of fraud or other suspicious circumstances (for instance if a person attempted to cash a check for a large sum of money or the names or amounts had been erased or altered) the company has no obligation to confirm the check’s validity and may proceed to cash the check.

New Jersey’s Contractors’ Registration Act, passed in 2004, requires contractors to register with the Division of Consumer Affairs (known as “the DCA,” a part of the Department of Law and Public Safety in the Attorney General’s Office) and disclose specific information to homeowners in a written contract. Violation of this act carries significant penalties.

The Act requires disclosures such as start and stop dates; materials to be used; and payment amounts, breakdowns, due dates and bench marks. It also requires proof of insurance; display of registration numbers; certain other specific information; copies of warranties; and notices of the consumer’s right to cancel within three business days.

Violations of same provisions of the Act can be crimes of the fourth degree, with sentences up to eighteen months in prison, and violation of New Jersey Consumer Fraud Act, which entitles homeowners to triple damages plus their attorneys fees. Therefore, it is good practice for contractors to have experienced attorneys who know the requirements of the Act draft their written contracts.

END_OF_DOCUMENT_TOKEN_TO_BE_REPLACED 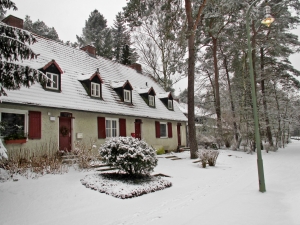 New Jersey residents face many financial issues – layoffs, business failures, depressed housing prices, reduced wages and overtime, high interest rates, credit card debt, loan and mortgage payments. For years, many New Jersey residents have been pursued by debt collection agencies and attorneys. While some individuals do owe money, some people hounded by debt collectors don’t owe anything at all. Often, it is a case of mistaken identity, confused paperwork, or unrecorded payments. In other cases, New Jersey residents have encountered problems but resolved them with the lender, only to find that the debt collector (agencies or attorneys) don’t get the word or chose to ignore it. The Federal Fair Debt Collection Practices Act has provided some measure of protection, but mainly in the areas of disclosure and communications and required notices by the debt collectors. Other than that, there was no federal help.

There are currently some federal remedies. For example, the federal Fair Debt Collection Practices Act requires that debt collectors disclose what they are, regulates the communications they can make, and requires them to verify the debt if demand is made by a consumer. Additionally, New Jersey’s Consumer Fraud Act provides other significant remedies against unscrupulous or sloppy debt collectors, and significant penalties for violation.

Some might not think that this regulation is necessary. However, our experience has been that in many cases debt collectors go after the wrong people. Sometimes they simply get the wrong person. Other times payments were not recorded. Some people have worked out resolutions with lenders after they have fallen behind on payments, but the debt collectors (agencies and attorneys) refuse to honor or acknowledge the settlements.
END_OF_DOCUMENT_TOKEN_TO_BE_REPLACED