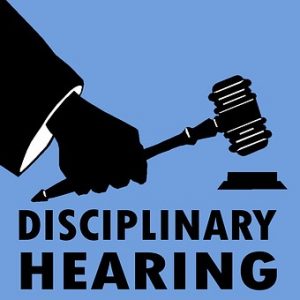 New Jersey’s government employees provide a wide range of services without which the public could not survive. These range from law enforcement to firefighting, mass transit, garbage removal, building and maintaining roads, ensuring the safety of buildings, protecting the civil rights of New Jersey’s citizens, protecting the environment, traffic safety, urban planning, parks, agriculture, guarding inmates, the list goes on – in short, they affect virtually every aspect of our lives.

Our employment attorneys regularly represent New Jersey civil servants defending themselves against discipline imposed their governmental employers. This is a brief overview of discipline and appeals procedures under New Jersey’s Civil Service System.

The Civil Service Act and the Commission’s regulations govern the discipline of all New Jersey State employees, and the employees of the county and local governments which have adopted civil service – in other words, the vast majority of public workers in New Jersey.

An employee may be subject to discipline for:

• Police officer sleeping on duty.
• DYFS specialist trainee waiving lighter in face of child during interview.
• Inability to perform the essential functions of the employee’s position with reasonable accommodation because of disability is subjected to disciplinary procedures (although this     does not imply fault or malfeasance by the employee. In such cases, the burden of proof is on the employer).
• A prosecutor may, but is not required to condition entry into pre-trial intervention by a police officer upon the condition of the officer’s loss of his office.
• Assault of a prisoner by correction officer.
• Theft by police officer, whether or not resulting in conviction.
• Incompetency or inefficiency.
• Fraternization by correction officer with inmate.
• Habitual tardiness.

Disciplinary Procedures at the Employer Level

Because public sector employers are government actors, whenever they act, including imposing discipline on employees, whether major or minor, they are “governed by principles of notice, due process and fundamental fairness.” Thus, employers must give their employees notice of the charges and evidence against them, and give them a hearing for them to be heard in their own defense.

Once final major discipline has been imposed by the employer (normally in a form called a Final Notice of Disciplinary Action, or a FNDA), the employee has twenty days to appeal to the Civil Service Commission. Where facts are disputed the Commission will transfer the case to the New Jersey Office of Administrative Law (known as the OAL), for a fact-based hearing (which is essentially a bench trial) before an administrative law judge (known as an ALJ). The ALJ will then make findings of fact and a recommended decision that the Commission can either accept, reject or modify. They Commission’s final decision may then be appealed by either party to the Appellate Division of New Jersey’s Superior Court, and then to the Supreme Court of New Jersey.

Minor discipline has much different appeal procedures. Because the Civil Service Act provides no appeal procedures, an employee wishing to challenge minor discipline must file an action in lieu of prerogative writ in the Superior Court. This too has an intensely short limitation period of only days to file. From there appeal may be taken to the Appellate Division and New Jersey Supreme Court.

If you have been disciplined by your civil service employer, call our employment lawyers at (973) 890-0004 or email us to speak with one of our employment attorneys. We can help.