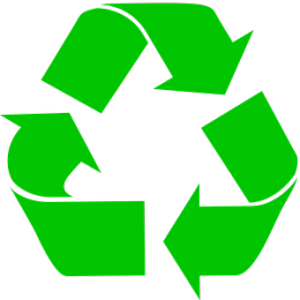 New Jersey heavily regulates the transportation and disposal of solid waste (garbage) and recycling.  These activities are governed by New Jersey’s Solid Waste Management Act.  It is also governed by regulations promulgated by New Jersey’s Department of Environmental Protection (known as the DEP).  The Appellate Division of the Superior Court of New Jersey had the opportunity recently to review these matters in connection with the actions of a recycling company in Newark.

In the unpublished case of State, Department of Environmental Protection vs. T. Fiore Demolition Company, two companies (T. Fiore Recycling Corporation and T. Fiore Demolition Company, collectively referred to as “Fiore,” both corporations) obtained approval from the DEP to operate a class B recycling center and receive up to 1865 tons of Class B recyclables, and to store up to 30,314 cubic yards of it.  Class B recyclables, also known as “construction and demolition” or “C&D” recyclables, include concrete, asphalt, cinder block, brick, wood, street sweepings, creosote wood and roofing shingles at a location in Newark which the court called Site A. Fiore’s business model was to be paid to take the recycling, and then to process and sell it for use in road and other construction projects.   Next door to Site A was Site B, 26 acres Fiore leased form the Newark Housing Authority.  Fiore did not have approval from the DEP for operations or storage on Site B, even though it was next door to Site A.   As time went on, Fiore used Site B to store recyclables.  At one point the pile of recyclables at Site B reached one hundred feet high.

This use prompted the DEP to visit the site, at which point it discovered the violations.  The DEP issued a notice of violation, and litigation ensued.  The DEP entered an administrative cease and desist order requiring Fiore to immediately cease accepting any materials on Site B, and to only accept one truckload at Site A for every three it removed from the combined sites.  It was after this order that it was discovered that the stockpile had doubled in size to 100 feet.

The parties then entered into a “judicial consent order.”  A judicial consent order is an order issued by a court which the parties first agreed to.  This Judicial Consent Order required Fiore to remove approximately half a million tons of waste from Site B and completely remediate the site within 5 years.  Fiore admittedly failed to comply with the Judicial Consent Order.  Fiore argued that it could not comply, because the economics of the Great Recession had caused a severe downturn in construction, and it was therefore was no longer able to sell the construction and demolition debris as it had been in better economic times.

The DEP asked the judge hearing the case in the Chancery Division of the Superior Court to enforce the Judicial Consent Order and to hold Fiore in contempt because it failed to (1) meet its monthly removal requirements, (2) install vertical markers so the DEP could monitor the progress of the removal by observing the height of the stockpile as it was lowered, and (3) provide required progress reports, engineering reports, and aerial surveys.  It also sought to hold Theodore Fiore personally responsible as the sole owner of both companies.

The trial court denied the DEP’s request because it found that Fiore did not have the economic ability to comply because of the recession, and it did not want to put the company out of business and cause its workers to become unemployed.  However, the trial court looked at only unaudited and incomplete financial records from the corporations, not tax returns or audited reports, and nothing from Theodore Fiore at all.

The Appellate Division reversed the trial court’s decision.  While there was no dispute about whether Fiore complied – it did not – the two sides disputed Fiore’s ability to do so.  In order to enforce a judicial consent order a court must find four things.  Three were undisputed: Fiore had failed to comply, the court’s enforcement was necessary, and that a sanction “is sufficient to sting and force compliance, but not [so] excessive to constitute a ruinous punishment.”  However the parties disagreed about the final requirement, whether Fiore was financially able to comply.

The Appellate Division found that the trial court did not have enough evidence to make an informed decision on Fiore’s ability to pay.  It ordered the exchange of the defendants’ financial information and a hearing to determine whether they had the financial ability to comply.

The Appellate Division also reapplied its findings to Anthony Fiore individually as well.  Although generally the owners of a corporation are shielded from liability, in this case the owner was a “responsible corporate officer,” as New Jersey’s solid waste laws define it, and that he had personally signed the lease for Site B.

There are several takeaways from this case.  First, New Jersey’s solid waste recycling laws are strict, and the DEP is dogged in enforcing them.  Second, a blanket claim of financial inability to comply with a judicial consent order will not be enough; the party claiming the inability must actual show through its records that it financially cannot comply.  Finally, individual owners – even if the companies are corporations – can be held individually liable.

Our attorneys help New Jersey solid waste and recycling companies with all their issues, including contracts, employee relations, general counsel services, and litigation.  Call (973) 890-0004 or email us to set up a time to speak with one of our attorneys.  We can help.