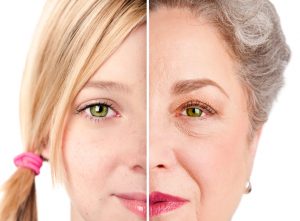 Age Discrimination in the Federal Courts

The first example was the case of Karlo vs. Pittsburgh Glass Works, LLC, heard by the United States Court of Appeals for Third U.S. Judicial Circuit, sitting in Philadelphia. The Third Circuit hears appeal from the Federal Courts in New Jersey, Pennsylvania and Delaware. The Karlo case involved the Age Discrimination in Employment Act.  The ADEA protects only workers over forty years old.  Pittsburgh Glass and its subsidiaries manufactured automotive glass and engaged in related services.  During the Great Recession, these companies suffered from the downturn in automotive sales, and were forced to engage in several reductions in force (“RIFs” or “layoffs”).  A group of laid off employees who were over fifty sued, claiming that the layoffs disproportionately impacted older workers, even though the employment action was facially neutral.  These claims are referred to as “disparate impact” claims, and can accrue regardless of whether or not the employer intended to discriminate against older workers or not if the otherwise neutral action disproportionately affected protected workers.

The employers argued that “over fifty” is a subgroup of the protected class, not the whole class of workers over forty years old.  However, the court rejected this argument, explaining that the ADEA protects age discrimination in general.  The over forty provision just sets the limits on who may sue, and not a requirement that the discrimination must be against all employees over forty years old; the fact that people in their forties were not disproportionately affected does not prohibit an employer from being liable under a disparate impact theory when workers over fifty years old or older were.  The Court also explained that disparate impact based on age can be proved by statistics and subgroup comparisons.

The New Jersey Supreme Court addressed the outer edge of age discrimination under New Jersey’s Law Against Discrimination (the “LAD”) in the case of Bergen Commercial Bank vs. Michael Sisler.  In this case the bank recruited Sisler from another job at New Era Bank.  Sisler hadn’t been looking for a new job, but the bank made a good offer and he accepted.  Shortly after being hired one of his supervisors found out that he was only twenty five years old, and expressed shock.  The supervisor asked Sisler not to disclose his age to any other employees because it would embarrassing to the supervisor.  Eight days after Sisler started working, he was told by his supervisors that it “wasn’t working out,” and Sisler should resign.  Having just left a good job because of the bank’s offer, he refused.  Several months later, Sisler was terminated.  The only reason Sisler was given was that it “wasn’t working out.”  Litigation ensued.

Sisler claimed that the bank discriminated against him because he was too young.  The bank asked the trial court to throw out this claim because the LAD only prohibited discrimination against older workers.  The trial judge agreed and dismissed Sisler’s claim.  Sisler appealed.  The appeal eventually made its way to the New Jersey Supreme Court.