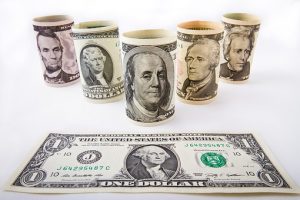 Fulfilling one of his campaign promises, Governor Phil Murphy signed the Diane B. Allen Equal Pay Act on April 24, 2018.  The Act amends New Jersey’s Law Against Discrimination.  The main purpose of the Equal Pay Act is to close the pay gap between men and women.   Governor Murphy explained, “From our first day in Trenton, we acted swiftly to support equal pay for women in the workplace and begin closing the gender wage gap. Today, we are sending a beacon far and wide to women across the Garden State and in America – the only factors to determine a worker’s wages should be intelligence, experience and capacity to do the job.  Pay equity will help us in building a stronger, fairer New Jersey.”

While its main purpose was to protect women and close the gender pay gap, the Act protects against discrimination in pay because of an employee’s immutable characteristic, such as race, religion, sexual orientation, age, etc.  The bill strengthens the Law Against Discrimination in several ways, and makes it one of the strongest anti-discrimination laws in the United States.

Pay Disparities Illegal.  The Act makes it illegal to pay members of a “protected class” at compensation rates, including both pay and benefits, less than other employees not in a protected class.  Protected classes include not just gender, but also race, religion, national origin, ancestry, age, marital status, civil union status, domestic partnership status, affectional or sexual orientation, genetic information, gender identity, gender expression, disability, atypical hereditary cellular or blood trait, liability for military service, nationality, refusal to submit to a genetic test, or refusal make available the results of a genetic test to an employer.

Exceptions.  The mere fact that someone is in a protected class does not blanketly mean they cannot be paid differently than someone else.  What it means is that there must be a legitimate, non-discriminatory business reason for the difference.  For this reason the Act makes exceptions.  These include seniority systems, merit systems,  quantity of production or quality of production.

Statute of Limitations.  The Act extends the statute of limitations period to six years (instead of two) for illegal unequal pay.  The Act also clarifies that each time an employee suffers from an illegal pay disparity (i.e., each payday the employee receives discriminatory unequal pay) constitutes a separate and distinct unlawful employment practice.  Thus, the employee may recover for damages from the date of the last unequal pay back to six years before she files suit.

Prohibitions on Retaliation.   The Act expands the anti-retaliation prohibitions of the Law Against Discrimination.  It is now an illegal employment practice to take any reprisals against employees who discuss or disclose information regarding compensation, benefits, job title, pay rates, or occupation categories with other employees, lawyers, or government agencies.  The Act also makes it illegal to require an employee to sign an agreement not to disclose this type of information.

Damages.  Suit may be filed in the Superior Court of New Jersey by an aggrieved employee.  If a jury find that the employer was guilty of the discriminatory pay practices prohibited by the Act, or retaliation for the protected disclosures, the judge must award the aggrieved employee triple the damages which the jury finds.  Complaints may also be made with the New Jersey Division of Civil Rights.

Additional Provisions.  Businesses which contract with a governmental body in New Jersey must report compensation and hours worked by gender, race, ethnicity and job title to the New Jersey Commissioner of Labor and Workforce Development on forms provided by the Commissioner.

The Takeaway.  Depending on where people  sit, opinions on this law are generally split between believing it is either great or terrible.  In reality, however, it is fair.  It is hard to argue that equal pay for equal work is a bad thing.  However, it is equally hard to argue that any two people are exactly alike.  Some are more skilled, some more talented, some work harder.  The Act allows employers to take these legitimate reasons into account when making pay decision.  The key is that the Act requires that the employer use legitimate business reasons, not illegally discriminatory reasons, in making decisions about pay.  The Act won’t affect unbiased employers.  However, the penalties will, hopefully, deter biased employers from actually basing pay on discriminatory reasons, and when they do, the Act gives affected employees a remedy for the discrimination they have suffered.

Contact Us.  Our employment lawyers counsel and represent both employers and employees in discrimination and wage and hour matters.  Call us at (973) 890-0004 or email us to set up a consultation.