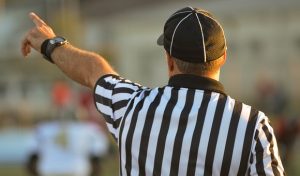 New Jersey has a long history of government employment decisions being made for political reasons – this is, after all, the state of Frank “I Am The Law” Hague.  That is why New Jersey Legislature established the civil service system in 1908 to remove political influence, favoritism, cronyism and nepotism from decision making in the hiring, firing and discipline of New Jersey government employees.  Today, the Civil Service Act and the regulations adopted by the Civil Service govern hiring for employees of the State of New Jersey, twenty of New Jersey’s twenty one counties, and many of its municipalities, boards and commissions.  For the State of New Jersey then, and the local governments which have adopted the civil service system, employee discipline is governed by civil service.

The Concept of Progressive Discipline

In West New York v. Bock the New Jersey Supreme Court first adopted the concept of “progressive discipline.”  It found that an employee’s prior disciplinary record was “inherently relevant” in determining the appropriate penalty for a presently charged infraction, although not to prove guilt for that infraction. The Supreme Court affirmed the progressive discipline rule as recently as 2007 in the case of In re Herrmann.

In the Herrmann case, the Supreme Court explained the use and application of progressive discipline in New Jersey’s civil service system.

The second use to which the principle of progressive discipline has been put is to mitigate the penalty for a current offense.

However, the Supreme Court explained in another 2007 case, In re Carter, that progressive discipline is not a fixed concept, however; “some disciplinary infractions are so serious that removal is appropriate notwithstanding a largely unblemished prior record.”

Thus, the New Jersey Supreme Court explained in Bock, discussing chronic tardiness, “While a single instance may not be sufficient, numerous occurrences over a reasonably short space of time, even though sporadic, may evidence an attitude of indifference amounting to neglect of duty.”

Progressive discipline is a factor in determining the appropriate measure of discipline imposed on civil service employees.  However, while it is but one factor, it is certainly among the most important which reviewing courts will look at to the appeal of employee discipline.

Therefore, one of the most important things to keep in mind is that even minor discipline can be serious because down the road it may be used to magnify the discipline imposed for even minor subsequent infractions.  This is why some civil service employees will go to the effort and expense of appealing otherwise “unimportant” minor discipline.

Progressive discipline must not be ignored.

Our employment attorneys represent public and private sector New Jersey employees in all aspects of the employee-employer relationship, including progressive discipline.  Call us at (973) 890-0004 or email us to schedule a consultation with one of our attorneys.