New Jersey business law allows people and businesses to manage their relationships by entering contracts which define the terms of that relationship.  Contracts are enforceable by the full force of the law.  For instance, if one party owes another money under a contract but doesn’t pay, the wronged party can go to court; if it can prove its case the court will enter a judgment in its favor and it can then have the county sheriff go seize the breaching party’s property to pay the debt.

In some cases, all or part of a contract may not be enforceable.  This area of New Jersey business law contains three distinct and important concepts: void contracts, voidable contracts, and severability.

END_OF_DOCUMENT_TOKEN_TO_BE_REPLACED 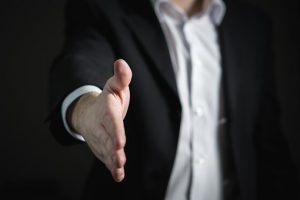 As a general rule, oral contacts in New Jersey are enforceable – not that they are recommended; indeed.  Our attorneys, we always recommend that contracts be in writing because they are easier to prove and leave less room for misunderstandings.  However, if you can prove the terms of an oral contract New Jersey courts will generally enforce it.

The main types of contracts which the Statute of Frauds requires to be in writing are: