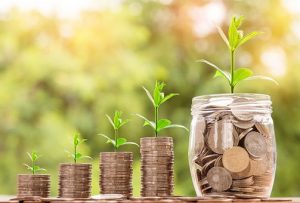 If a person wants to control the distribution of funds held in an IRA after their death, it is possible to do so by naming a trust as the beneficiary of the IRA.  However, in order to minimize tax consequences, the trust named as the beneficiary must be a “look-through” trust which qualifies for payout of the IRA funds over time rather than as a lump sum upon the death of the IRA owner.

While IRAs and qualified retirement plans generally do not require probate, distribution of these assets are controlled by contract law and are distributed pursuant to the beneficiary’s “designations” which were filed with the financial institution prior to the account owner’s death.   A trust can be named as the beneficiary.   However, the structure of the trust will determine whether the proceeds must be paid in a lump sum, and thus subject to potentially significantly higher income tax, or if the Trust qualifies as a “look through” trust in which the payout of the proceeds can be stretched-out over the life expectancy of the oldest beneficiary of the Trust.

You might wonder why the owner of an IRA would want to name a trust as his or her beneficiary, particularly when it is much simpler to merely name the individuals as the beneficiaries.  The primary reason is to control the distributions to the beneficiaries after death. You do not avoid paying taxes by naming a trust.  However, you can prevent your beneficiaries from taking lump sum distributions of your IRA, which would likely result in additional taxes and the remaining balance of which could be squandered by your beneficiaries.  But the purpose of a naming a Trust as the Beneficiary of an IRA is not tax savings.   In fact, it’s quite possible to pay more in taxes even if trust is designed properly. Therefore, you would only use trusts for personal (non-tax) reasons.