terms of an oral contract are?  In the case of Lee v. Lee, involving the sale of a restaurant and liquor license in Bergen County, the Appellate Division examined several bedrock principles of New Jersey business law, including oral contracts, the duty of good faith and fair dealing, and how parties are required to deal with each other.  The opinion offers good guidance for the behavior of the parties in  the sale of a business in New Jersey.

Mikyung Lee and Seoung Ju Bang orally agreed with Jung Lee to sell them a restaurant he owned in Fort Lee, together with its liquor license.  The purchase price was $892,000, with a $50,000 initial deposit, and then another $50,000 when the contract was signed, with the remainder to be paid over time.  The buyers paid the first deposit, but before a contact was signed, Jung Lee said he needed the second $50,000 deposit.  Believing him to be acting in good faith, they gave him the second deposit.  He promised to send a written contract with the terms they agreed on, which included having Lee’s company, Plan J. Inc., a part of the transfer because it held the liquor license.

END_OF_DOCUMENT_TOKEN_TO_BE_REPLACED 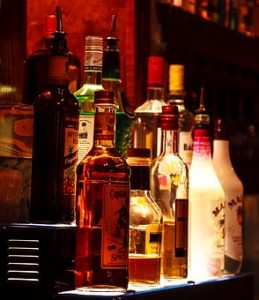 When you purchase a liquor license in New Jersey, as a Buyer you must be approved by the State of New Jersey Alcoholic Beverage Commission and the Municipality where the business operates.  This process is detailed and time consuming.  it must be started as soon as possible by the Buyer.  You will need to obtain a Person to Person Transfer of the liquor license.  Unless and until the municipality issues a resolution approving of the transfer of the liquor license, the current license holder must operate the business.

In order to be approved, the applicant must meet the following requirements: