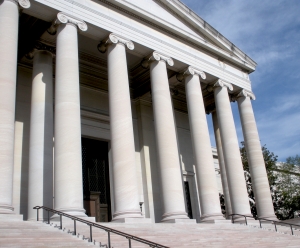 As our society has grown more complex, the government has been forced to take on more responsibilities. It created administrative agencies in the executive department, including for example, the Department of Environmental Protection, the Board of Public Utilities, the Merit System Board, the Department of Community Affairs, the Casino Control Commission, and Health and Senior Services. These agencies regulate in their respective areas, investigate and prosecute violations, and make decisions and issue penalties. These agencies are known as the “fourth branch” because they combine the functions of all three government branches.

The New Jersey Office of Administrative Law (“OAL”) is an independent state agency that provides independent and neutral hearings over these agency’s actions and rulemaking procedures. Administrative Law Judges (“ALJs”) hold trials to determine facts and make recommended decisions when individuals dispute agency actions. The agency itself then makes final decisions based on the ALJ’s opinion, which can be appealed to the Appellate Division of New Jersey’s Superior Court, and then to the New Jersey Supreme Court.

What To Expect At An OAL Hearing

A request for a hearing should be sent to the appropriate state agency making a decision. That agency will then send the case to the OAL for a hearing. In “contested cases” an ALJ will be assigned, and hold a trial. The ALJ makes a recommended decision which it sends to the agency that sent the case to the OAL. The head of that agency will review the opinion and has the right to adopt, reject, or modify the opinion. That agency’s head is the final decision maker. An appeal of the final decision is available to the Appellate Division of the Superior Court within forty-five days of the date of the final decision.

When a case is sent to the OAL a Notice of Filing or a Notice of Filing and Hearing is mailed to all the parties. The notice will identify the agency that sent the request and will generally contain information that can help a party prepare for a hearing, including the issues that will be discussed at the hearing.
END_OF_DOCUMENT_TOKEN_TO_BE_REPLACED