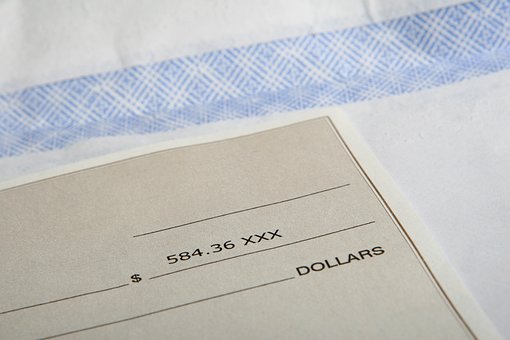 The United States Department of Labor did a routine audit of Bristol’s pay records.  The auditor determined that the Talisman bonuses should be included in the calculation of the employees’ overtime rates.  Bristol refused, and the Department of Labor sued Bristol in the United States District Court alleging that Bristol violated its employees’ overtime rights under the Federal Fair Labor Standards Act.  The federal district judge ruled that Bristol should have included the bonuses in the calculation of its employees’ overtime rate, and it therefore violated the employees’ rights under the FLSA.  Bristol appealed.

The general rule under the Fair Labor Standards Act is that “all renumeration for employment paid to, or on behalf of, the employee” is included in calculating the rate used in determining overtime.  The question for the court was whether this should include bonus payments made by third parties, rather than the employee’s employer.    The Department of Labor argued that third-party payments are always renumeration.  The Third Circuit explained that the answer was not clear.  Tips (third-party payments for service) are generally included to determine if minimum wage is being paid.  However, “discretionary incentive bonuses paid by employers” are not included.

One of the factors that held great sway with the court was that following the DOL’s argument would allow third-party customers to determine how much another company must pay its employees.  The court explained that this could cause unexpectedly higher labor costs for employers, thus causing them to cut back on the number of employees they hire, which would be a terrible outcome for employees.  It also would very likely cause employers, like Bristol, to refuse to allow their employees to participate in third-party bonus programs.

The court explained that labels alone do not control, but courts should instead look toward the reality of the situation.  If an employer forced its employees to accept pay it funneled through a third-party for work they did for the employer in an attempt to reduce overtime costs, the reality is that the third-party pay was paid by the employer and should be included in the calculation of overtime rates.

The prime factor is what the employer and employee understood.  If they understood that the third-party pay was “renumeration for employment,” then it needs to be included for the calculation of overtime rates.  If they did not, then it is not included.

A payment is “regularly and actually received,” and accepted by the employee and must be included as part of an explicit or implicit employment agreement.  However, if the employee does not know the bonus is coming or it is discretionary, then it is not included.  However, if it is “regulatory and reliably” paid based on particular performance criteria, then it is more likely to be renumeration, provided the employees know the standard of performance which will initiate the payment.  Likewise, the level of the employer’s involvement is important; the greater the involvement in initiating the program or demanding the third-party payment, the more likely it is renumeration.  However, merely administering the program is not enough.  Likewise, merely permitting employees to participate in the third-party program is not enough.

Applying this framework to the bonuses in this case, the court analyzed the different types of bonuses paid by Talisman.  The court found that there was insufficient evidence that the employees know the requirements to receive the efficiency and productivity bonuses, and therefore ruled that there needed to be a trial to determine whether they should be included.  However, Bristol reached out to Talisman seeking to have its employees included in the program, the employees knew the specific requirements for the safety bonuses, Bristol tracked the records, Bristol invoiced Talisman when the safety requirements were met, and collected a “processing fee.”  The court therefore found it clear that the safety bonuses were renumeration for employment paid on behalf of Bristol, and therefore should be included in the calculation of the employees’ overtime rates.

This decision provides an important framework for analyzing whether payments by third-parties are required to be included in calculating the rate of pay for overtime pay rates. The case was brought in federal district court in Pennsylvania because Bristol operated in that state.  However, the FLSA is a federal law applicable to the entire country.  The appeal was decided by the United States Third Circuit Court of Appeals, which has jurisdiction over the Federal courts of New Jersey, Pennsylvania, Delaware and the United States Virgin Islands.  The ruling is therefore binding on cases under the FLSA brought in both New Jersey state and federal court.

Our New Jersey employment attorneys represent employers and employees in all aspects of employment law.  Call us at (973) 890-0004 or fill out the contact form on this page.   We can help.