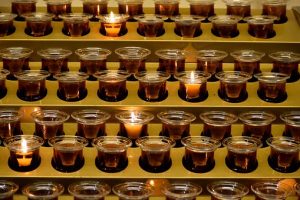 Both New Jersey’s Law Against Discrimination and the Federal Title VII of the Civil Rights Act of 1964 expressly prohibit employers from discriminating against employees because of their religious practices if they can be reasonably accommodated.  In many cases the most difficult question is whether an accommodation which the employer could have provided was “reasonable.”  However, the Third Circuit Court of Appeals recently issued an important decision on the unusual question of whether an employee’s honestly and strongly held beliefs could be considered “religious” under Title VII.

Paul Fallon had been an employee of Mercy Medical Center since 1994.  In 2012, Mercy instituted a rule that all employees had to receive a flu vaccination each year.  Mercy allowed for religious exemptions.  Fallon requested and was granted exemptions in 2012 and 2013.  However, she  was denied in 2014 because Mercy had changed its definition of religious exemption.  There was no question that Fallon’s objection was because of his sincerely held belief that the vaccination did more harm than good.  However, he cited no religious source, just his belief that it is wrong to cause harm to your own body.  Mercy decided that this reason was not “religious” under its policy, and ordered Fallon to get the shot or provide a letter from clergy explaining why he could not get the vaccination for religious reasons.  He failed to provide the letter and refused to be vaccinated.  Mercy therefore fired him.

Fallon filed suit in Federal District Court alleging that Mercy had fired him because of his religious beliefs, and therefore committed religious discrimination in violation of Title VII.  The trial judge disagreed and dismissed his suit.  Fallon appealed to the United States Court of Appeals for the Third Circuit.  The Third Circuit agreed with the trial judge’s opinion and upheld the decision.

The Third Circuit examined Title VII itself and well-settled Supreme Court law.  Title VII defines “religion” to include “all aspects of religious observance and practice, as well as belief, unless an employer demonstrates that he is unable to reasonably accommodate to an employee’s or prospective employee’s religious observance or practice without undue hardship on the conduct of the employer’s business.”  The Court went on to explain that an employee must prove three things to establish that he was the victim of unlawful religious discrimination: “(1) he held a sincere religious belief that conflicted with a job requirement, (2) he informed his employer of the conflict, and (3) he was disciplined for failing to comply with the conflicting requirement.’’  The only question was whether Fallon had a “sincere religious belief.”

The Court explained that general political, moral or philosophical beliefs do not constitute a “religious” belief under Title VII.  Relying on the United States Supreme Court’s decision in United States v. Seeger, Judge Roth explained that the question is “does the claimed belief occupy the same place in the life of the objector as an orthodox belief in God holds in the life of one clearly qualified for exemption?”  The Third Circuit adopted a test to apply this question in the case of Africa v. Commonwealth of Pennsylvania:  “First, a religion addresses fundamental and ultimate questions having to do with deep and imponderable matters. Second, a religion is comprehensive in nature; it consists of a belief-system as opposed to an isolated teaching. Third, a religion often can be recognized by the presence of certain formal and external signs.”

The Court then examined Fallon’s beliefs against the requirements of the Africa test.  While accepting that Fallon’s beliefs were genuine and strongly held, it found that they failed all three parts of the “religion” test.  First, Fallon’s belief did not address “ultimate questions having to do with deep and imponderable matters.”  It simply reflected Fallon’s opinion that the vaccination did more harm than good.  Second, his beliefs were not “comprehensive in nature” or a “belief system,” but rather was simply an isolated belief about the particular vaccination.  Third, Fallon’s belief had no “formal or external signs” that indicated that these beliefs were religious.  Having failed to demonstrate that his belief satisfied any of these three requirements, the Court found that Fallon’s beliefs were not “religious,” and therefore his firing did not constitute religious discrimination in the eyes of the law.  The Third Circuit thus upheld the dismissal of his lawsuit.

The takeaway is that Courts will protect validly held religious beliefs and require employers to provide reasonable accommodations for them, provided those beliefs are actually religious.  If they are not, Title VII’s religious protections will not protect the employee.

There were two interesting asides in the case.  First, Judge Roth noted that if Fallon had held a valid religious belief against vaccination, Mercy’s demand for a letter from clergy could itself constitute religious discrimination – a “religion” in the eyes of the law need not have any “clergy” at all.  Also, objecting to vaccinations may be protected religious activity if the belief that underlined the objection was “religious”, as many courts have found in the case of Christian Scientists.

McLaughlin & Nardi’s employment attorneys represent employees and employers in discrimination lawsuits.  Call us at (973) 890-0004 or email us to set up a consolation with one of our attorneys.  We can help.