The Appellate Division of the State Superior Court recently issued an opinion on New Jersey construction law in the case of In re Protest Of Contract Award For Project A1150-08, N.J. Executive State House Comprehensive Renovation And Restoration which has troubling 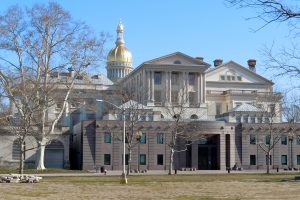 implications for contractors.  The decision is published, so it is precedent for future cases in which contractors challenge the award of New Jersey construction contracts by state and local governments.  In this post I won’t dwell on the details of which contractor was right and which was wrong, but rather I’ll focus on the Appellate Division’s examination of the procedures followed, which is a cautionary tale about the ability of New Jersey construction contractors to meaningfully object to the award of public contracts.

Hall objected to Keating’s bid, alleging that Keating had not followed the requirements for disclosing the identities of its subcontractors, and for those subcontractors not having the required licenses and classifications.  Hall filed its bid protest on September 18, 2019 – the day after the bids were opened.  If followed up with three letters providing further information.  On October 7th, the New Jersey Division of Management and Construction rejected Hall’s protest, and declaring its intent to award the contract to Keating.

On October 11th, four days after the rejection of its first, Hall filed a second bid protest on new grounds.  On October 17th, the New Jersey Division of Management and Construction rejected this protest as well.  Hall requested a hearing, which was held on October 30, 2019.  On November 15th, the hearing officer issued a written proposed decision rejecting Hall’s protest and recommending that they Division award Keating the contract.  The same day – a Friday – the Division accepted the decision and awarded the project to Keating.

The Appellate Division rejected Hall’s arguments and denied its appeal because it ruled that the appeal was moot.  The court acknowledged that

Hall’s first protest promptly challenged the award of a public construction project. On the same day that DPMC issued its final agency decision, Hall requested that DPMC stay its contract award to Keating pending appellate review. After DPMC denied the request, Hall swiftly moved for leave to file an emergent motion to stay the award and accelerate its appeal. Just a few days later, Hall filed this appeal.

In other words, the court acknowledged that Hall moved as fast as humanly possible.  However, it held dismissal was still appropriate.

On the other hand.… [T]he Project commenced and continued while this case has been pending…. Keating has already spent millions on the Project in preparation, demolition, renovation, and construction and has obligated itself still further. Keating has issued at least thirty-six subcontracts at an approximate total value of $161,000,000 for various trade works and nine purchase orders through May 2020. It has completed an estimated $10,245,000 worth of work on the Project by that date. Work continued thereafter at a substantial pace. Terminating Keating from the project would subject the Executive State House to risk of damage and generate significant additional costs to mitigate those risks.

Aside from the substantial work on the Project already performed by Keating and its numerous subcontractors and the large sums expended by Keating, the record demonstrates that setting aside the award of the contract would severely impact the Executive State House, jeopardize the work already completed, the Project in general, and risk damage to this historical structure. At this juncture, it would be contrary to the public interest to void the contract already awarded even for any remaining uncompleted portion of the… construction. Because the Project has proceeded so far, the equities weigh heavily against the provision of relief on the merits.  [Emphasis mine.]

That means that because the work continued the court would not rule in Hall’s favor even if it was right.  While the court went on to say it agreed with the Division’s decision, it made clear that this did not matter – it based its decision solely on the fact that the work had already continued too far to stop it even if Hall was right.

The Court explained that it vacated the stay because earlier Hall had not satisfied the requirements of the New Jersey Supreme Court case of Crowe v. De Goia, which governs temporary stays.  However, Crowe requires that the parties seeking the stay must prove “irreparable harm.”  Courts define irreparable harm as damages that cannot be compensated by money.  Since at the end of the day lost profits is a contractor’s damages for losing a contract, no contractor could ever meet that requirement.  And if the work is allowed to continue, by the time a decision on appeal is reached without an expedited appeal, substantial work will have been performed if the project hasn’t been totally completed.  Thus, every challenge to the award of a construction contract could be moot by the time the decision is issued under this reasoning.

The Takeaway for New Jersey Contractors

This decision is troubling.  A contractor, like Hall, can do everything right, pursue its rights as fast as humanly possible, and still have a court say, well, even if you did everything right we can’t help you because the other guy did so much work, even if he might not have been eligible to start the work in the first place.

One thing is clear though – without having so aggressively pursued the challenge, Hall would not have gotten even this consideration.  So contractors should pursue their rights as fast as possible with as much evidence as possible, but they should still be aware that even if they are right they are facing an uphill battle.