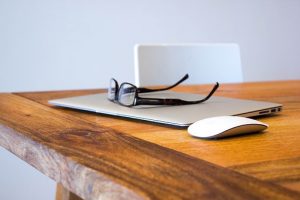 Black’s Law Dictionary, the oldest of old school legal references, defines “fiduciary duty” as the duty of “utmost good faith, trust, confidence and candor” owed by a fiduciary to another.  Fiduciary duties extend to the officers and directors of a corporation (indeed, all shareholders of a small, closely held corporation), partners and members of LLC’s.  As the United States Supreme Court explained, Owners cannot use their position for their own advantage to the detriment of their fellow owners.

Owners can breach these duties intentionally, of course, but also negligently.  If the owners intentionally breach their fiduciary duties they are clearly liable.  However, their liability for negligent violations is limited by what is known as the “business judgment rule.”  Under the business judgment rule, if an owner is acting in good faith, has not put his own interests first, and has remained knowledgeable and informed about the business’s operations, the business judgment rule may shield the owner from liability. If the owner kept himself well-informed and had a good faith reasons for his actions – even if other may have been better – he will not be found to have breached his fiduciary duties.

Fiduciary duties have been recognized for more than a century under New Jersey’s common law (ie, law made through judicial decisions).  However, in recent years these duties have been supplemented by statutes, such as the Uniform Partnership Act of 1996, and the Revised Limited Liability Company Act of 2012.

For the duties among partners, New Jersey courts have described this as requiring “a duty of the finest loyalty” among partners.  The Uniform Partnership Act may have slightly limited these fiduciary duties, but only slightly.  While the Act makes clear that a partner can pursue her own interests, she is still expressly prohibited from putting them ahead of the interests of her partners or the partnership itself, or from competing against the partnership.  Moreover, the use of confidential financial, client or other confidential information by a partner to the detriment of other partners or the partnership by a partner will be seen by courts as “particularly egregious.”

The Revised Limited Liability Company Act expressly places the fiduciary duties of care and loyalty upon members of LLC.  Under the fiduciary duty of care, members are prohibited from negligent, reckless and intentional conduct which harms the LLC or its members.  The duty of loyalty makes LLC members trustees of the company and its assets in relation to their co-members, and requires them to refrain from any activity which harms or competes with the firm’s interests.  The Revised Limited Liability Company Act makes clear that it is not just managing members to which fiduciary members apply, but all members or an LLC.

We also try to ensure that the formal agreement between the owners provides for mechanisms to avoid conflict between the owners.  However, when disputes cannot be resolved, we aggressively fight for businesses owners’ rights when litigating in court.