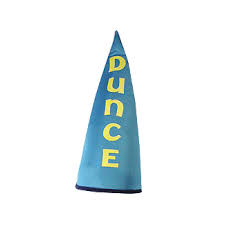 Earlier this year the Enquirer published an embarrassing story with text messages and photos of Jeff Bezos, the owner of Amazon and the richest man in the world, with his mistress.  Bezos also owns the Washington Post, which has investigated the Enquirer’s relationship with President Trump, and published critical stories about the Enquirer.  The same day the story was published, Bezos and his wife, the author MacKenzie Bezos, announced their divorce.  Bezos tasked his security chief, Gavin de Becker, with investigating how the Enquirer obtained the text messages and photos.

Then, on February 7, Bezos posted a blog post accusing the Enquirer of threatening to post more embarrassing photos and text messages if Bezos did not drop the investigation.  Bezos claimed that the threats were made by a lawyer for the Enquirer through email.

And thus, if true, the National Enquirer has taught us all a great lesson about what not to do in negotiations.

Was the Enquirer’s Action Legal?

In negotiations, it’s really, really important that you’re not committing any felonies.  If the allegations are true, did the Enquirer break any criminal laws?  Well, I’ll just lay some laws out there and let you be the judge….

We practice in New Jersey and New York, so our first thought was, hmmm, I wonder what the law says about this?  Well here’s what it says in New Jersey.

2C:13-5. Criminal coercion
a. Offense defined. A person is guilty of criminal coercion if, with purpose unlawfully to restrict another’s freedom of action to engage or refrain from engaging in conduct, he threatens to:
* * * *
(3) Expose any secret which would tend to subject any person to hatred, contempt or ridicule, or to impair his credit or business repute;
* * * *
(7) Perform any other act which would not in itself substantially benefit the actor but which is calculated to substantially harm another person with respect to his health, safety, business, calling, career, financial condition, reputation or personal relationships.

Sound familiar Enquirer?  Oh, by the way, this is a felony (or a crime under New Jersey’s Criminal Code).

How about in New York, where the Enquirer, and presumably its lawyer, are located?

A person is guilty of coercion in the second degree when he or she compels or induces a person to engage in conduct which the latter has a legal right to abstain from engaging in, or to abstain from engaging in conduct in which he or she has a legal right to engage, or compels or induces a person to join a group, organization or criminal enterprise which such latter person has a right to abstain from joining, by means of instilling in him or her a fear that, if the demand is not complied with, the actor or another will:

5. Expose a secret or publicize an asserted fact, whether true or false, tending to subject some person to hatred, contempt or ridicule;  or

9. Perform any other act which would not in itself materially benefit the actor but which is calculated to harm another person materially with respect to his or her health, safety, business, calling, career, financial condition, reputation or personal relationships.

Bezos, the alleged victim, lives in Washington State.  What does the law say there…?

Extortion in the second degree.

(28) “Threat” means to communicate, directly or indirectly the intent:

(e) To expose a secret or publicize an asserted fact, whether true or false, tending to subject any person to hatred, contempt, or ridicule; or

(f) To reveal any information sought to be concealed by the person threatened; or

(j) To do any other act which is intended to harm substantially the person threatened or another with respect to his or her health, safety, business, financial condition, or personal relationships;

And what would the Federal Law have to say about this?

(d) Whoever, with intent to extort from any person, firm, association, or corporation, any money or other thing of value, transmits in interstate or foreign commerce any communication containing any threat to injure the property or reputation of the addressee or of another or the reputation of a deceased person or any threat to accuse the addressee or any other person of a crime, shall be fined under this title or imprisoned not more than two years, or both.

Oh, you ask, isn’t an email from New York to Washington State an interstate communication?  Why yes, it is!

Were the Enquirer’s Actions Smart

Another thing is to make sure that you’re not doing anything dumb.  There are two tests I use.  The first I learned in the Navy – always ask yourself, if this goes south how stupid would our idea look to the people investigating it?  The second comes from the legal world — if this were to wind up in the newspaper how stupid would we look?

Well, let’s see.  They (a) published a story which (b) apparently caused Bezos to get divorced and (c) lose half of everything he owns because Washington is a community property state; and (c) Bezos is the richest man in the world – he literally has more money than anyone in the world to finance a fight with; (d) he owns the Washington Post which (e) is one of the most influential news outlets in the world and that (f) already caused the resignation of one president of the United States; and (g) you have an agreement with federal prosecutors in New York that they will not prosecute you as long as (h) you don’t commit any crimes (see above).

So again, I’ll let you be the judge.

The Takeaway – Call Us First

We talk people out of doing this kind of stuff all the time.