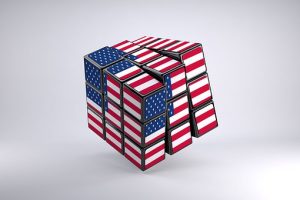 Section 1. Policy. It shall be the policy of the executive branch to vigorously enforce Federal law’s robust protections for religious freedom. ….Umm, well, that’s been the policy of the government for decades now, so nothing much should change there.
Sec. 2. Respecting Religious and Political Speech. All executive departments and agencies (agencies) shall, to the greatest extent practicable and to the extent permitted by law, respect and protect the freedom of persons and organizations to engage in religious and political speech. In particular, the Secretary of the Treasury shall ensure, to the extent permitted by law, that the Department of the Treasury does not take any adverse action against any individual, house of worship, or other religious organization on the basis that such individual or organization speaks or has spoken about moral or political issues from a religious perspective, where speech of similar character has, consistent with law, not ordinarily been treated as participation or intervention in a political campaign on behalf of (or in opposition to) a candidate for public office by the Department of the Treasury. As used in this section, the term “adverse action” means the imposition of any tax or tax penalty; the delay or denial of tax-exempt status; the disallowance of tax deductions for contributions made to entities exempted from taxation under section 501(c)(3) of title 26, United States Code; or any other action that makes unavailable or denies any tax deduction, exemption, credit, or benefit. First, again, protecting free speech and free exercise of religion are already the federal government’s policy. Discrimination by employers against employees is already prohibited by federal law, and both federal and New Jersey employment law require employers to provide “reasonable accommodation” so employees can exercise their religion, so no change there. And if you’re in the private sector – too bad; the First Amendment only protects you from the government, not your private sector employer. Further, those protections already exist in the public sector.
This section would really only apply to churches or other religious institutions, and then only for tax purposes. Since this post is about employment law though we’ll leave the tax issues aside, but if nothing else it will be interesting to see how this plays out.

Sec. 3. Conscience Protections with Respect to Preventive-Care Mandate. The Secretary of the Treasury, the Secretary of Labor, and the Secretary of Health and Human Services shall consider issuing amended regulations, consistent with applicable law, to address conscience-based objections to the preventive-care mandate promulgated under section 300gg-13(a)(4) of title 42, United States Code.  Again, this is more or less meaningless. The United States Equal Employment Opportunity Commission (the “EEOC”) which enforces anti-discrimination laws is an independent agency – it does not report to the attorney general – , and the EEOC is responsible for following statute. Guidance from the attorney general – and indeed a presidential executive order – are subordinate to statutory law, like Title VII of the Civil Rights Act of 1964, the Age Discrimination in Employment Act (the “ADEA”) and the Americans With Disabilities Act (the “ADA”).
Sec. 4. Religious Liberty Guidance. In order to guide all agencies in complying with relevant Federal law, the Attorney General shall, as appropriate, issue guidance interpreting religious liberty protections in Federal law.  Again, like Section 3, this is more or less meaningless. Statutory law trumps guidance and executive orders, and the EEOC doesn’t work for the attorney general.
Employers.  So all you good employers – keep doing what you’re doing! The laws that are on the books are going to continue to be enforced. Title VII prohibits you from discriminating because of an employee’s or applicant’s “race, color, religion, sex, or national origin.” The ADA and the ADEA also prohibit discrimination because of disability and age.
New Jersey employment law protects all that and more. New Jersey’s Law Against Discrimination prohibits discrimination because of an employee’s or applicant’s “race, creed, color, national origin, nationality, ancestry, age, sex (including pregnancy), familial status, marital status, domestic partnership or civil union status, affectional or sexual orientation, gender identity or expression, atypical hereditary cellular or blood trait, genetic information, liability for military service, and mental or physical disability, perceived disability, and AIDS and HIV status.”
In short, if you’re an employer in New Jersey, employment law already prohibits you from discriminating against employees or applicant’s for anything other than their merit. If you are already doing that, bravo! Keep it up! If you’re not doing that, start! This Executive Order is not going to shield you if you or your employees discriminate against other employees or applicants.
Employees.  Keep doing your job, secure in knowing that the protections against discrimination you currently enjoy aren’t going anywhere.
Contact Us.  If you have any employment law questions, call us at (973) 890-0004 or use the contact form to email us. Our employment law attorneys have decades of experience representing employers and employees. We can help.