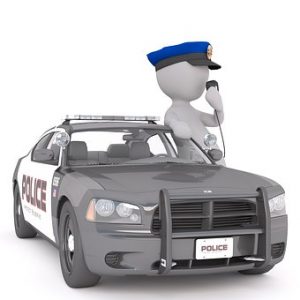 Gary DeMarzo was hired as a police officer by Wildwood in 1998.  In 2007 he was elected a city commissioner.  Under New Jersey’s Walsh Act, a “commission type” government combines the functions normally exercised separately by a mayor and council into a single board of commissioners, which exercises both legislative and executive and legislative power for the municipality.  The Wildwood Board of Commissioners thus exercised executive power over the Wildwood Police Department.  DeMarzo applied for unpaid leave from the Police Department in accordance with the New Jersey Civil Service Act.

The City of Wildwood filed an action in the Superior Court of New Jersey requesting a declaratory judgment that the positions of commissioner and police officer were incompatible.  The trial court judge found the two positions were, in fact, incompatible.  However, rather than ordering DeMarzo to give up one of the positions, it crafted a set of restrictions on DeMarzo’s function as a commissioner.  The City appealed, arguing that the trial judge erred in this ruling.

The relevant section of the Civil Service Act allows for civil service employees to take up to a six year leave to serve as an elected official without losing their position as an employee.  Title 40A of New Jersey Statutes also governs leaves of absence for both civil service and non-civil service police officers.  However, it only allows police officers to take leaves for service in counties and state agencies, not municipalities.  This did not apply to DeMarzo, however, because it refers to employment, not elected office.  Thus, the court found that the leave complied with the relevant statutes.

However, the Appellate Division’s analysis did not end there.  It then turned to examine the situation in light of New Jersey’s “doctrine of incompatibility.”  Under the doctrine of incompatibility, an employee may not hold two simultaneous governmental positions, even if not prohibited otherwise, if the two positions are “incompatible.”  This comes into play when one of the positions interferes or conflicts with the other, or where one office is subject to the supervision and control of the other.  New Jersey law requires that an officeholder perform the duties of his office with “undivided loyalty.”  Even where the integrity of the office holder is not at issue, the appearance of impropriety may be enough to make the two offices “incompatible.”

The parties agreed that the two positions were incompatible – the Board of Commissioners supervises the Police Department.  Rather, their dispute was over the restrictions that the trial judge placed on DeMarco’s offices.  The Appellate Division overruled the trial court.

The Appellate Division ruled that where two positions are incompatible, the solution is to force the officeholder to choose one or the other.  The restrictions placed by the trial judge “impermissibly diluted” on the office holders’ powers.

Our employment law attorneys handle New Jersey Civil Service appeals and employment litigation in the state and federal courts of New Jersey and throughout the Northeast.  Call (973) 890-0004 or email us to schedule a consultation.