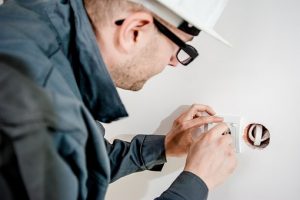 New Jersey employment law gives government employees a variety of avenues for redress when their employers have taken action which violates their rights.

First, public employees have the same rights as every other employee in New Jersey, such as the right to be free from discrimination or retaliation for “whistleblowing” activities.  These rights can be vindicated in the state and federal courts of New Jersey.

Second, for violations of a “collective negotiations agreement” (a union contract), virtually all have grievance procedures, most of which result in binding arbitration if an agreement can’t be reached voluntarily.

Third, if the government employer has committed an “unfair labor practice,” redress can be found in the New Jersey Public Employment Relations Commission (known as “PERC”).

For teachers with tenure, New Jersey’s Tenure Hearing Law and TEACHNJ Act give them an administrative process to challenge tenure charges filed against them, which results in binding arbitration.

Employees in civil service jurisdictions can appeal discipline to the New Jersey Civil Service Commission, and normally receive a trial in the Office of Administrative Law.

The Value of the Different Forums

Employees may have different reasons for choosing a particular forum.  For instance, pursuing a discrimination or whistleblowing claim in court may result in a monetary award for future lost pay, emotional distress and punitive damages, but unlike the Civil Service appeals system (which does not offer these particular damages), the employee in court rarely gets their job back, which is the ultimate remedy in the Civil Service Commission.

However, in the case of Winters v. North Hudson Regional Fire, the New Jersey Supreme Court made clear that while these avenues are all open to public employees, where appropriate for the relief sought, relief can only be sought in one forum – the employee has to choose where to seek relief, and she will be stuck with that choice regardless of the outcome.

This is the short version of the facts.  In Winters a firefighter had made a series of objections (hundreds, in fact) to his employer and his supervisors about matters he alledged violated the law concerning safety and sexual harassment.  He even went on TV about his complaints.  He then went on sick leave.  However, while he was out on sick leave for several months he worked two other jobs, and made about $10,000.  The Department found out and filed civil service disciplinary charges which resulted in his dismissal.  The firefighter appealed to the Civil Service Commission.

The matter was referred to an administrative law judge.  His attorney told the judge that he might raise a defense of whistleblower retaliation, and the judge said to raise it during his case.  However, before the trial, the Department moved for summary judgment because there was no question that he worked while he was out on sick leave.  The judge agreed and granted summary judgment and so a trial was never held, and thus the firefighter never got to raise the retaliation defense.

The firefighter then sued in the Superior Court of New Jersey arguing that the Department retaliated against him for making objections of discrimination and violations of safety laws, which would have violated his rights under New Jersey’s Conscientious Employee Protection Act, also known as CEPA.  The Department asked the trial court judge to throw the case out because Winters already had his day in court with the Civil Service appeal.  However, the judge denied this motion because the firefighter’s retaliation claim was not addressed in the Civil Service appeal.  The Department appealed, and the case eventually made its way to the New Jersey Supreme Court.

However, Justice Albin raised a vigorous defense.  He argued that merely mentioning it, when the summary decision denied him the ability to actually litigate it, was not enough to deny him the right to pursue it in Superior Court.

Justice Albin was probably right.  Essentially what the Supreme Court has done is to make a rule that if the issue could have been raised in the first forum, it will be barred from being litigated in any other forum.

What this means is that any public employee has to take into account that wherever she first chooses to challenge her employer’s wrongful action is probably the only place she will be able to do it.  So, for instance, a civil service employee who believes she was wrongfully fired will have to choose between filing a civil service appeal where she will have a greater possibility of getting her job back but will probably get a lower award for back pay, or to give up on getting her job back and sue in federal or state court for money damages, including back pay, front pay, emotional distress and punitive damages.

It’s a tough choice, but one which public employees cannot avoid.

Our New Jersey employment lawyers represent New Jersey public employees in lawsuits, tenure hearings and civil service appeals.  We can help you make this difficult decision, and fight for you once you’ve made it.  Call us at (973) 890-0004 or email us to set up a consultation.