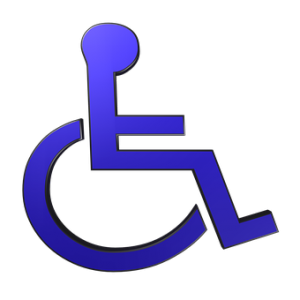 However, an employee has a duty to “mitigate” her damages.  She can’t just sit around waiting for her lost pay to grow larger.  She has a duty to make a good faith attempt to find a new job to cut her losses.  She doesn’t have to find one as long as she is making a good faith attempt to find one.  If she is not fulfilling her duty to mitigate her damages, the court will not allow her to recover lost pay.  Whatever she receives in her new salary will go to offset the damages she will recover for lost pay.  (this does not eliminate the possibility to go after emotional distress or punitive damages.)

One of the biggest questions in New Jersey employment law is whether unemployment compensation received by an employee who was wrongfully fired must also be used to offset a successful employee’s damages for lost pay.  The Appellate Division has now answered that question in the case of Acevedo & Fornaro vs. Flightsafety International, Inc.

In that case, Fornaro was a flight instructor for Flighsafety International, Inc.  He claimed that Flightsafety discriminated against him because of his disability in violation of New Jersey’s Law Against Discrimination.  The jury found in is favor and awarded in $83,000.00 in lost pay.  The trial judge, however, reduced the award by $14,000 for unemployment benefits he received.

Both sides appealed various issues.  The appeals court denied all the appeals without significant examination, but it extensively examined the issue of the application of the unemployment benefits to damages for lost pay and reversed the trial judge’s decision.  The court’s decision was unequivocal that unemployment benefits cannot be used to reduce what an employer must pay after it has been found guilty of firing one of its employees for a discriminatory reason.

The employer argued that there is a law (known as the “collateral source rule”) which provides for the reduction of an award by the amount of unemployment benefits received.  The employer argued that this law should be applied to reduce the employee, Fornaro’s, lost pay.  However, the Appellate Division rejected this argument because the statute expressly said that it applied in cases involving personal injury or death.  That clearly was on the case here.  The court examined other cases decided on the statute, and found that none of them had applied the collateral source rule in employment cases.  Indeed, the court examined the legislative history and found that the purpose for which the statute was to reduce the costs of automobile insurance.  The court also noted that the New Jersey Legislature had amended the Law Against Discrimination many times in the thirty years since it enacted the collateral source rule legislation, but it never applied it to LAD cases.  Moreover, the New Jersey Division of Civil Rights (know as the “DCR”), which is charged with enforcing the Law Against Discrimination, has never deducted unemployment benefits from lost pay awards.  Indeed, the model civil jury charges on damages specifically state that unemployment benefits are not to be deducted from back pay awards.

Thus, the court held that the weight of the law and the consensus of the legal community was that unemployment compensation should not be used to reduce back pay awards in cases under the New Jersey Law Against Discrimination.  The reason for this is that wrongdoers should not be able to benefit from their wrongdoing.  The Court therefore remanded the case to the Law Division of New Jersey’s Superior Court with instructions to reinstate the entire lost pay award with no reduction for unemployment benefits.