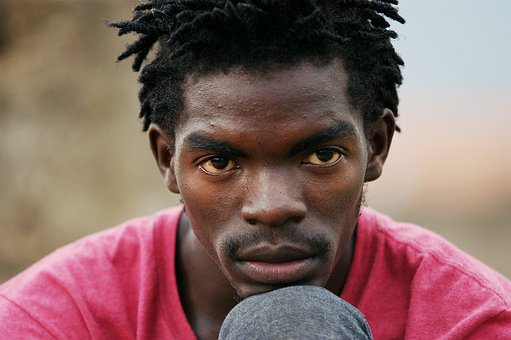 The investigation led the DCR, the organization within the Attorney General’s office which enforces New Jersey’s Law Against Discrimination, to issue guidance on interpreting the Law Against Discrimination (the LAD).  The LAD prohibits discrimination in employment, places of public accommodation, and other areas, based on a person’s immutable characteristics.  This includes both overly discriminatory acts, but also acts or practices which have a racially disparate negative impact.

The Guidance was exhaustively researched, and tracked hair styles and hair textures particular to African Americans, and how these textures and styles have been used as a basis for explicit bias or practices with a disparately negative impact on African Americans.  These hair styles include twists, braids, cornrows, Afros, Bantu knots, fades and locs (the DCR explained that it used the term “locs,” rather than “dreadlocks,” because the term “dreadlocks” derives from the word “dreadful,” which was how slave traders described African slaves during the Middle Passage; subsequent New Jersey laws have followed this usage, and we will hereafter in this article).

The DCR explained that:

It also took care to note that this rule did not apply solely to African-Americans or on racial contexts.  It cited as specific examples the hair styles or facial hair, and dress requirements for religions such as Orthodox Judaism, Islam and the Sikh religions.

The New Jersey Legislature thereafter passed the Create a Respectful and Open Workspace for Natural Hair (CROWN) Act, which adopted the DCR’s guidance and expressly made it law.  Governor Murphy signed the CROWN Act on December 19, 2019.  The operative feature of the CROWN Act was to amend the definitions of the LAD to include such discrimination.  First, the CROWN Act amended the definition of “race” to clarify that the term includes “traits historically associated with race, including, but not limited to, hair texture, hair type, and protective hairstyles.”  The CROWN Act then went on to define “Protective hair styles” to include “such hairstyles as braids, locks, and twists.”

What This Means for Employers

The first thing that employers must do is review their rules and policies to ensure that they do not have, implement or enforce grooming standards which ban or limit hair styles that are associated with a particular race, ethnicity or religion.  Likewise, the DCR’s guidance makes clear that any appearance policy must be applied evenly, and cannot impact employees based on race.  The DCR used an example of a company which had a requirement that employees be groomed “neatly” and professionally.”  However, as applied, this had the effect of banning locs, but not hair styles associated with Caucasians. This application would be considered discrimination under the LAD.  Customer or client preference cannot justify a policy that would otherwise violate the LAD. Employers should make sure that their handbooks, rules, employee manuals and policies are correctly written, and consistently enforced without regard to race or religion, and without racial or religious impact.  Employers should, in this and every situation, document everything.

What This Means for Employees

While this policy rightly evens the playing field for employees of a minority race or religion (and that means both minority in the workplace and in society at large – an employee may be in the majority in society and still be the minority in a particular workplace).  However, it does not relieve the employee from the duty to perform the requirements of the job.  Performance is essential.

And as in every situation, documentation is important.  It is important for an employee to document her performance.  Likewise, if the employee believes she is being treated differently, she should do her best to determine the composition of the workforce, and if there are differences in treatment based on race, ethnicity or religion based grooming.

Call (973) 890-0004 or fill out the contact form on this page to set up an appointment with one of our employment attorneys.  We can help.