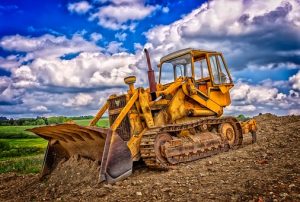 Paterson.  The properties were owned by three limited liability companies which were related to Prime Time.  Prime Time executed written subcontracts with Build Logistics, Inc. (“BL”) to do the masonry and excavation work on the projects.  BL executed a written contract with Vimco to provide materials for two of the projects.  Vimco provided the materials directly to BL; it had no contract with Prime Time or the owners.  Prime Time paid BL the full amount under the contract for all the work it performed and materials it provided.  However, BL abandoned the project and failed to pay Vimco.

Vimco subsequently filed construction liens (previously known as mechanic’s liens) on the two properties for which it provided supplies in the Chancery Division of the Superior Court.  Prime Time, together with the respective property owners, then filed suit  to discharge the construction liens.  Vimco counterclaimed charging conversion (civil theft) and unjust enrichment. The Chancery Division judge dismissed the construction liens because there was no written contract between Vimco, Prime Time or the owners, and because Vimco had paid what it owed under the contract it had with BL, the subcontractor.  Vimco also obtained a default judgment against BL for what it hadn’t paid.

The parties conducted an inspection of all three projects.  Vimco alleged Prime Time orally agreed to pay for any of Vimco’s materials that were still on the sites.  Vimco claimed that some of its materials were still on the third site (the one on which it had not previously filed a construction lien).  However, Vimco admitted the materials were unmarked, and that there was no way to distinguish the materials from those of any other supplier, and notably Prime Time had hired and paid another vendor to supply the exact same materials, and this vendor had admittedly delivered at least some of its materials by that point.  Vimco then filed a construction lien on the third site.  Prime Time and the owner then filed another lawsuit to discharge this lien, and Vimco filed counterclaims, this time including an action for violation of New Jersey Prompt Payment Act.   The Chancery Division judge again dismissed the liens because Vimco did not have evidence that it was its materials on the site – and the evidence showed that it wasn’t – and that there was no written contract at all for this project.  After discovery on the claims by Vimco for money damages, the judge dismissed the suit in its entirety, because there was no contract between Vimco and Prime Time, Prime Time had paid in full, Vimco produced no evidence that Prime had its materials, and the Prompt Pay Act requires a written contract.

Vimco appealed to the Appellate Division of the Superior Court of New Jersey, which upheld the Chancery Division’s decision.

Under the Prompt Payment Act, owners must pay a contractor’s invoice must within thirty days after it is received once the invoice is “approved and certified.”  In general, an invoice is considered “approved and certified” by the owner if it does not give the contractor a written objection within twenty days after receipt.  Objections must identify the objected to amount and explain why it is rejected. Owners must also work in good faith to try to resolve the disputed items with the contractor.  The owner must pay any undisputed portion of the bill.  Contractors and subcontractors must pay their subcontractors within ten days after they receive payment unless their subcontract provides differently.  Contractors may withhold payment for unsatisfactory work, but if they do not give their reasons the subcontractor may stop work.

Because Prime Time had paid BL in full, the court reasoned that the only possible interpretation that could make a debt due from Prime Time to Vimco would be for items found on the work sites.  However, other than self-serving statements from its own personnel, Vimco provided no evidence that any of its materials actually were on site.  Indeed, there was no way to distinguish Vimco’s materials from the other vendor’s.  Vimco also produced backdated and misleading documentation which suggested that Prime Time purchased the materials from Vimco, which it clearly had not.  That, plus the fact that there was no written document evidencing any agreement by Prime Time to pay Vimco anything, led the court to also uphold the dismissal of Vimco’s Prompt Pay Act claims.  It did, however, allow Vimco to proceed against BL.

There are a few important takeaways from this decision.