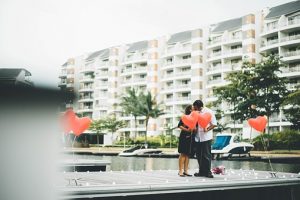 The New Jersey Supreme Court recently issued an important decision in the case of Palisades At Fort Lee Condominium Association, Inc. v. 100 Old Palisade, LLC, defining when the statute of limitation will begin to run  in construction defect litigation.  This decision is now the defining law on the timeliness of construction lawsuits.

The devil is in the details, especially in construction law.  These are the facts in this one.

The Palisades is a residential building in Fort Lee, New Jersey.  The main structure is a forty one story building  with thirty stories of residential units on top of an eleven story garage.  Palisades A/V Acquisitions Co., LLC developed the project.  It hired AJD Construction Co., Inc., as general contractor.  AJD hired various subcontractors.  A/V’s chief architect certified that the project was “substantially complete” as of May 1, 2002.  A/V rented the units to tenants as residential apartments for two years.

In June 2004, 100 Old Palisade, LLC purchased the Palisades from A/V.  Old Palisade converted the units into condominiums and sold them.  In this process it hired Ray Engineering, Inc., to conduct an inspection of the building.  It noted the building and structures to be in generally good, if not perfect, condition.  It noted some spalling and sporadic cracking of concrete which was not a structural problem.  Old Palisade attached Ray’s report to its public offering statement and master deed.

In July 2006, individual purchasers acquired seventy five percent of the condominium units, and thus acquired control of the condominium association.  They then hired the Falcon Group to conduct its own inspection.  On June 13, 2007, Falcon issued a report detailing wide-ranging construction defects.

Based on the Falcon report, the Palisades at Fort Lee Condominium Association, Inc. filed three separate law suits against AJD and various subcontractors on March 12, 2009, April 16, 2009, and September 7, 2010.  The suits generally alleged breach of warranties, and negligent construction.

After the close of discovery (the exchange of documents and information, and the taking of deposition testimony), the defendants made a motion requesting that the trial court dismiss the Association’s lawsuit because the statute of limitations had expired.  The judge agreed and dismissed the suits.  The Association appealed.

The statute of limitations is a law which limits the time within which a party can sue another.  The idea is to balance the rights of the victim of a wrong with providing a defendant with a reasonable amount of time within which to defend itself, since witnesses die, evidence is lost, etc.  The New Jersey statute of limitations to bring a construction defect claim is six years from the date the cause of action accrues.  The date on which the cause of action accrues is generally when the injury occurred.  However, the “discovery rule” may extend the start of the limitation period until the point when the injured party knew, or with reasonable diligence should have known of the construction defect. However, in New Jersey construction law there is one more limiting factor: New Jersey’s statue of repose.  The statute of repose limits the time to sue to ten years from the date on which  construction is substantially complete, even if the discovery rule would have extended it further.

Applying These Principles to the Case at Hand

The Defendants argued that the clock should have begun to run on May 1, 2002, when construction was substantially complete.  The trial court agreed, and said that the existence of the Falcon report on June 13, 2007, meant that the Association knew of the defects within the six year limitation period, which would have expired on May 1, 2008.  Thus the suits filed in 2009 and 2010 were filed after the limitation period had expired.

The Condominium Association, however,  argued that the clock did not start to run until it received the Falcon Report.  It argued that in any event it could not have known until it took control of the Association in July 2006, thus extending the limitation period until July 2012.  The trial court rejected these arguments, and the Condominium association appealed.

Essentially the Supreme Court rejected all these arguments.  It made short work of the trial court’s opinion starting the clock on the day of substantial completion.  No evidence was presented that the owners or anyone in the chain of ownership knew or reasonably should have known of the defects then.  Since construction defects often do not appear for years, this was inappropriate.  Likewise, finding out shortly before the expiration of the limitation period should not deprive the aggrieved party of the opportunity to do further investigation.

However, the Supreme Court also rejected the Association’s argument.  It found that subsequent owners can take no greater rights than the selling owner had.  So, for instance, if the selling owner had only one year left on the limitation period, the sale could not start the clock fresh for the new owners.