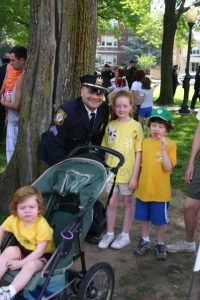 ew Jersey employment law decision in the case of Levis v. City of Hackensack which should be instructive to New Jerseycivil service employees settling disciplinary charges.

Richard Levis was a lieutenant on the Hackensack Police Department a civil service jurisdiction.  He filed suit against Hackensack for breaching the terms of a settlement agreement resolving earlier disciplinary charges against him.

In 2015 he was served with two preliminary notices of disciplinary action (PNDAs).  Before a hearing, he and the City resolved the charges in a written settlement agreement.  Levis admitted violating the Police Department’s sick leave policy, and he received a 29 working day unpaid suspension, reduced to four days if he had no disciplinary charges before February 28, 2017.

The Agreement also provided that:

Immediately upon the execution of this Agreement, [plaintiff] shall be returned to active duty with the same rank[] as [plaintiff] had prior to his suspension. It is hereby acknowledged by all parties hereto that, prior to his suspension, [plaintiff] was second on [defendants’] “Captain’s List,” dated April 2015. At the earliest opportunity possible, [plaintiff] shall be promoted in accordance with his placement on [defendants’] “Captain’s List” and applicable Civil Service Commission regulations. Nothing contained herein shall be construed against [plaintiff] when he is considered for promotion to Captain. Nor, can [defendants] use or consider the suspension referred to hereinabove or anything contained herein, or in the [PNDAs] disposed of hereby, or the facts alleged therein, or the ultimate disposition of same against him, when he is considered for promotion to Captain. (Emphasis in the original.)

Two captains retired, creating two vacancies.  The New Jersey Civil Service Commission certified an eligible list for captain, and Lieutenant Levis was number two on the list.  The City appointed the top scoring candidate on the list to the first open position, which left Lieutenant Levis in the new number one position on the list for the other open position.  However, the Department chose to leave the second open captain position vacant and promote candidates to sergeant and lieutenant instead, strengthening those depleted ranks.  The second captain position remained unfilled.

Levis sued the Hackensack Police Department and the City of Hackensack in the Law Division of the Superior Court of New Jersey in Bergen County, alleging that it violated the terms of the Settlement Agreement by not promoting him.  The trial judge dismissed his suit on summary judgment.  Levis appealed to the Appellate Division of the Superior Court.  The Appellate Division agreed with the trial judge and affirmed the dismissal of Levis’s lawsuit.

The Court explained that: “Absent from the Agreement are any terms, which explicitly or implicitly promise or unconditionally guarantee the City would immediately fill a captain’s position when it became vacant or promote plaintiff, without consideration of other qualified candidates.”  From this the Appellate Division inferred that the actual purpose of the Settlement Agreement was to ensure that the prior charges would not be used against him when being considered for the position.

The Appellate Division also explained that:

the terms of the Agreement must be read in conjunction with the general principles that apply to civil service appointments and promotions. Pursuant to our state’s constitution, those “[a]ppointments and promotions shall be made according to merit and fitness to be ascertained, as far as practicable, by examination, which, as far as practicable, shall be competitive.” N.J. Const. art. VII, § 1, ¶ 2. In turn, N.J.A.C. 4A:4-3.1(a)(2) permits promotional eligible lists, “which shall include permanent employees who meet qualification requirements.” Thus, the civil service promotional system seeks to emphasize “merit considerations,” and is “intended to guarantee the appointing authority an opportunity to exercise minimal discretion in the selection of particular employees.” In re Crowley, 193 N.J. Super. 197, 210 (App. Div. 1984).

However, “a person who successfully passes an examination and is placed on an eligible list does not thereby gain a vested right to appointment.” Ibid. “The only benefit inuring to such a person is that so long as that list remains in force, no appointment can be made except from that list.” Ibid. “`[T]he best that can be said’ of a candidate on an eligible list is that he has `a right to be considered for appointment.'” In re Foglio, 207 N.J. 38, 44 (2011) (alteration in original) (quoting Nunan v. N.J. Dep’t of Pers., 244 N.J. Super. 494, 497 (App. Div. 1990)).

Thus, the Appellate Division explained that Levis’s rights, such that they were, could not supersede or supplant the rights of the candidate who ranked above him.  Nor could the settlement agreement be read, according to the Appellate Division, to guarantee that the City would fill open positions if they provided the opportunity to promote Levis.

Certainly the Appellate Division was right about promoting Levis before the first candidate – he had rights as well.  However, the Settlement Agreement expressly said that Levis would be promoted “[a]t the earliest opportunity possible.”  The second open position was just such an opportunity.

However, while the Appellate Division may have taken an overly restrictive view of the terms of the Settlement Agreement, a better written agreement might have avoided the problem entirely.  Had the agreement stated that the City agreed to promote Levis to the first open position in accordance with his rank on the promotion list and that it would not exercise the Rule of Three there might have been a different outcome.

Thus, well-drafted settlement agreements are extremely important.  However, sometimes imperfect language is the best that can be obtained when two parties at odds with each other are trying to resolve a conflict.