What is a Preliminary Notice of Disciplinary Action?

A Preliminary Notice of Disciplinary Action, also known as a PNDA or a Form 31-A, is a New Jersey Civil Service form which notifies an employee that her employer seeks to impose discipline, including an immediate suspension in some

What should I do if I receive a Preliminary Notice of Disciplinary Action?

END_OF_DOCUMENT_TOKEN_TO_BE_REPLACED

Progressive discipline is a concept used in New Jersey civil service discipline law and teacher tenure charges.  It can serve to increase or decrease the severity of a penalty based on the employee’s prior disciplinary record.  Recently, an appellate opinion examined the concept of 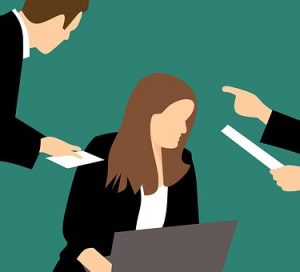 progressive discipline in the context of a civil service discipline appeal in the case of Matter of Stuiso, Bergen County Department of Public Works.

Ronald Stuiso was a maintenance worker for Bergen County. He filled out two repair forms reporting unsafe conditions.   He directed another employee, Francesco Azzollinni, to submit the forms.  Azzollinni met with Vincent Rothenburger, a department supervisor.  Rothenburger raised his voice at Azzollinni, leading Stuiso to intervene and raise his voice at Rothenburger while getting in his face.  The two continued yelling until separated by co-workers.

END_OF_DOCUMENT_TOKEN_TO_BE_REPLACED

New Jersey employment law affords civil service employees with many due process protections when their employer seeks to impose discipline.  The Appellate Division’s recent decision in a civil service discipline appeal in the case of In the Matter of Figueroa, Camden County, Department of Parks examines one of the fundamental principles of these protections – the notice required to be received by the

employee before discipline may be imposed.

Adrian Figueroa, Jr., was a laborer for Camden County, a civil service jurisdiction, for 5 years.  He was charged with second-degree sexual assault and spent several days in jail after his arrest.  While he was in jail someone, it is unclear who, called and said he was out sick.  Eventually the County learned of the charges and served him with preliminary and then final notice of disciplinary action (a “PNDA” and “FNDA,” Forms 31-A and 31-B) suspending him pending  the resolution of the charges.  They were eventually downgraded and Figueroa pled guilty to harassment, a petty disorderly office.