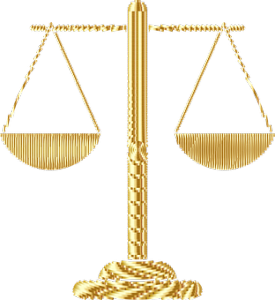 The Fair Labor Standards Act is the federal law which, along with the Wage and Hour Division of the United States Department of Labor’s regulations found in the Code of Federal Regulations, governs overtime and minimum wage requirements.  The Fair Labor Standards Act (known as the “FLSA”) requires that most employees (known as “non-exempt” employees, or those who are not exempt from overtime requirements) be paid “time and a half” for all hours they work over forty in any particular week.

In an action for violating the F
LSA’s overtime requirements, the overtime pay which the employer should have paid to the employee will be doubled unless the court finds that the employer’s violations were in “good faith.” (These doubled damages are called “liquidated damages;” New Jersey’s counterpart to the FLSA, the Wage and Hour Law, does not provide for double damages.)

The statute of limitations for filing a claim is two years unless the court finds that the violation was “willful,” in which case it is three years.  Whichever limitation period applies determines how long an employee may recover lost pay for.

Questions that frequently arise are what constitutes “willful” or “good faith” and what evidence is needed to prove a willful violation.  In the case of Souryavong v. Lackawanna County the United States Third Circuit Court of Appeals recently issued a precedential opinion which answered these questions in a way which will make it far more difficult to prove willful violations.  The Third Circuit hears appeals of federal cases and its decisions are binding in New Jersey, Pennsylvania, Delaware and the United States Virgin Islands.

Michael Souravong and Nelson Rolon were employed by the Lackawanna County government in Pennsylvania. They worked for the county full-time, but in two separate part-time positions.  Though they never worked over forty hours in either position, together they did often work over forty hours per week between the two positions combined.  While the County was required to combine their hours to determine whether they were required to be paid overtime, it didn’t.  Sometime in 2011, after doing this for a number of years, the County “discovered” that it should have been paying Souravong and Rolon overtime and began to do so.

In June 2013, Souravong, Rolon and another employee in the same situation filed a lawsuit in the United States District Court for the Middle District of Pennsylvania for failing to pay overtime.  The County did not dispute that it failed to pay overtime when it should have, but disputed that its violation was willful.

In November 2015 a trial was held on the issues of whether the violation was “willful,” and what damages the employees’ damages should recover.  The employees presented evidence that the violations lasted into January 2012, that the County generally was aware of its requirements since 2007, and an e-mail in March 2011 which acknowledged the practice was occurring and that it opened up the County to a “grievance” by the employees for unpaid overtime, although it didn’t say what form the “grievance” might take (such as a lawsuit, an internal complaint, or a union contract violation grievance) and that the violations had lasted for four years.

At the end of the employees’ evidence the County asked the trial judge to dismiss the claim that its violations were “willful,’ and thus apply only the two year statute of limitations.  The Court agreed, and dismissed the employees’ claim that the violation was “willful,” thus limiting their recovery to two years.

The trial then continued on the issue of damages.  After the evidence was all presented, the County argued that it had operated in “good faith,” and “had reasonable grounds for believing the actor omission was not a violation” of the FLSA.  However, the trial judge found that the County had presented no evidence that it had taken any steps to determine its overtime requirements or that the County had acted in “good faith.”  The judge then awarded doubled the back pay awarded by the jury and ordered the County to pay the employees attorneys fees.

The employees appealed on the amount of the attorneys fees, and also on the “willfulness” question.  The Third Circuit rejected their arguments and affirmed the trial judge’s rulings.

The Third Circuit held that to prove “willfulness” and be entitled to the longer limitation period employees bear the burden of proving more than a general awareness of the legal issue at hand.  The Court explained that the employee had not carried this burden.  Although the March e-mail might have demonstrated that, Souravong and Rolon presented no evidence that the violations continued after it (although it had for the third employee who at the time of trial was no longer in the case).  “General awareness” of the issue is not enough, the Court explained, and when the County became aware of the specific situation it corrected it within a year.  The Court explained “while the County’s bureaucratic failure that caused the time-tracking snafu is perhaps an example of government morass, the evidence shows nothing akin to the manipulation and concealment found in” other case in which “willfulness” was found.

The Court also held that employees must also demonstrate “a degree of egregiousness” which was not present in this case because the employees did not present evidence of “ill will” or a high degree of “recklessness” about the County complying with its legal requirements.  Rather, the Court decided that it was more a case of negligence, in which one hand wasn’t aware of what the other was doing because of the multiple positions.

Finally, the employees argued, logically, that the fact that the Court ruled that the County had not acted in good faith demonstrated that it had to have acted willfully.  However, the Court essentially held that the two things were like comparing apples to oranges.  The employees had the burden of proving “willfulness” to extend the limitations period and didn’t offer sufficient evidence.  On the other hand, the employer had the burden of proving “good faith” to avoid liquidated (double)damages and didn’t do it.  So therefore it was not a question of proved “intentionality” which would have shown bad faith, and thus, arguably, “willfullness.”  It was that neither side had satisfied their burden of proof.

The Court’s rationale that neither party satisfied its burden of proof on willfulness and intentionality was procedurally sound, but rested on a questionable factual basis.  The County employed Souravong and Rolon.  It paid them.  They worked over forty hours and were not paid overtime.  The County knew its requirements, at least “generally” since 2007 – years before they corrected the problem.  The “generally” versus “specific” rationale is a contortion which artificially increases the difficulty of employees being fully compensated for their lost pay.

However, this does nothing than to make it more difficult to prove a violation or to recover double damages.  Thus, both the Fair Labor Standards Act and Wage and Hour Law remain strong tools for enforcing employees’ rights to overtime.  These are areas where employers must take extra caution to make sure they comply with their legal requirements.  If the employees work the hours but don’t get paid, it is likely that the employers will be liable for at least two years of back pay, doubled, and payment of the employees’ attorneys fees and litigation costs.