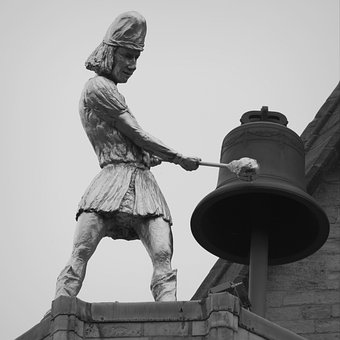 Harrison-Harper was advised of these complaints, and that they were being investigated on September 24 and October 5, 2014.  On the October 7, 2014 Harrison-Harper told her supervisor that her subordinate had spoken about her in  “sexually suggestive way,” had told people that Harrison-Harper had “flirted with a minor,” and had gone through Harrison-Harper’s girlfriend’s social media accounts.

Harrison-Harper was terminated on October 28, 2014 for “(1) the costumer complaint regarding returning shoes; (2) the employee-discount violation; (3) the rehiring of [the formerly fired employee]; and (4) the failure to document and enforce time and attendance issues.”  Harrison-Harper filed suit against Nike and her supervisors for violation of Title VII, claiming that her termination was retaliation for her complaint on October 7th.

Title VII, just like New Jersey’s Law Against Discrimination, prohibits firing an employee in retaliation for complaints of discrimination or harassment, which Harrison-Harper alleged was the actual reason Nike terminated her employment (New Jersey’s Conscientious Employee Protection Act prohibits retaliation against employees who object to illegal conduct).  In the Third Circuit’s opinion, Judge Chagares explained that a plaintiff must establish a prima facie case of retaliation by “show[ing] that (1) she engaged in protected activity, (2) the employer took a materially adverse action against her, and (3) there was a causal connection between the protected activity and the employer’s action.” He explained that it was the third part of the test which was at issue in this case: whether there was “a causal connection between Harrison-Harper’s protected activity — reporting alleged sexual harassment by [the other employee] — and Nike’s termination of Harrison-Harper.”

As is often the case, there was no “smoking gun” – ie., there was direct testimony that anyone at Nike admitted that retaliation was the reason for Nike’s termination of Harrison-Harper.  She therefore relied on circumstantial evidence, namely that Nike fired her several weeks after her complaint.

The Third Circuit explained that:

Unusually suggestive temporal proximity between the protected activity and the adverse action can be sufficient “to create an inference of causality and defeat summary judgment.” There is “no bright line rule” for unusually suggestive temporal proximity…. three months is not enough, but two days is. That said, courts review the whole record and not merely the length of time between protected activity and adverse action. Courts consider “intervening antagonism or retaliatory animus, inconsistences in the employer’s articulated reasons for terminating the employee, or any other evidence in the record sufficient to support the inference of retaliatory animus,” but also relevant to the analysis is whether employment-related issues are documented prior to the protected activity. Courts look at all “circumstantial evidence that support[s] the inference” of causation.

Second, four employees contributed to the decision-making process that resulted in her termination. All four approved the decision. And only one of the four, Sanders, had any knowledge of her report of the purported harassment…. [An employee] cannot establish that there was a causal connection without some evidence that the individuals responsible for the adverse action knew of the plaintiff’s protected conduct at the time they acted.

The takeaway for employees is that circumstantial evidence, particularly close timing between the complaint and the adverse employment action, is admissible and valuable in proving retaliation.  However, it is not enough.  There needs to be additional evidence supporting the conclusion that the employer’s actual motivation and its excuses were mere pretext.  Moreover, employees should document everything (without taking documents that it would be illegal for them to have).

The takeaway for employers is that while proximity between the complaint and the termination can be powerful evidence in making it seem that the termination was retaliation, it can be overcome.  The best way to overcome it is – like in any employment law case – documentation.  All of the reasons that an employee is being terminated should be thoroughly documented.  This is true even though New Jersey is an employment “at will” state.  The law may allow an employer to fire an employee for any reason as long as it is not illegal, but without documentation a jury could – and very well might – decide that the reasons the employer gave were just pretext, or excuses for retaliation.

Our employment law attorneys represent employers and employees in in all phases of New Jersey employment law, in both federal and state court.  Call us at (973) 890-0004 or fill out the contact form on this page.  We can help.