The Appellate Division recently issued an employment law decision in the case of Matter of City of Newark and Newark Police Superior Officers’ Association, et al., concerning the ability of public employee unions to challenge the City of Newark’s COVID-19 vaccination

requirement.  The Court expressly held that the City has the right to require these vaccines as a requirement of continued employment.  Moreover, it held that not only does it have that right, but it has no concurrent duty to negotiate with unions over the requirement.

Although this case was decided in the context of whether the vaccine requirement was a matter which needed to be negotiated between the City and its law enforcement employee unions, it appears to slam the door on objections by public employees to employer COVID vaccine mandates, and it probably shuts the door for private sector employees to make that argument as well.

END_OF_DOCUMENT_TOKEN_TO_BE_REPLACED

On January 21, 2014, Governor Chris Christie signed legislation amending the New Jersey Law Against Discrimination to include pregnancy, childbirth, and related medical conditions among employees receiving protection against discrimination. The law is effective immediately.

Introduced as bill in September 2013 to combat discrimination against pregnant women and women with medical needs after childbirth, the Act requires employers to make reasonable accommodations to pregnant women and those recovering from childbirth. Accommodations can include restroom breaks, breaks for increased water intake, periodic rest, help with manual labor, job restructuring or modified work schedules, and temporary transfers to less strenuous or less hazardous work. The bill referred to reports that women who requested an accommodation in the workplace to help them maintain a healthy pregnancy or who needed a reasonable accommodation as they recovered from childbirth were being removed from their positions, placed on unpaid leave, or fired.

In urging the New Jersey Senate to pass the bill, the American Civil Liberties Union of New Jersey (ACLU)identified some examples of women who were denied reasonable accommodations because of their pregnancy. Before the amendment of the New Jersey Law Against Discrimination, those employer actions were legal. Examples include a pregnant security worker who was denied a stool to sit on at her job, a pregnant cashier who was not allowed to keep a water bottle at her workstation and collapsed at her register, and a pregnant line cook who was denied additional restroom breaks.

The ACLU Public Policy Director also cited a New Jersey Supreme Court case that held that it was legal for a casino to fire a pregnant worker whose doctor instructed her not to return to work after discovering a serious problem with one of the twins that she was carrying. Said the Director, “What does it say about our state’s values that our laws ask a woman to make the choice between doing what’s needed to protect her pregnancy, and keeping her job?”

Employers are not to apply workplace accommodations “in a manner less favorable than accommodations or leave provided to other employees not affected by pregnancy but similar in their ability or inability to work.” Further, the Act does not intend to impact the amount of employees’ rights to paid or unpaid leave under the law.
END_OF_DOCUMENT_TOKEN_TO_BE_REPLACED 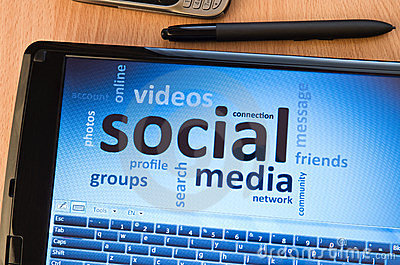 In order to be considered defamation, one person or entity must make false factual statements about another and communicate (or “publish”) those statements to a third party. The statement cannot be a joke or an expression of opinion; it must be something that is capable of being proven true or false, and it must actually be false. When the statement involves public figures or issues of public concern – such as with political candidates – in order to protect the open debate and discussion regarding these public figures, there must also be some malicious intent and affirmative knowledge that the statement is false.
END_OF_DOCUMENT_TOKEN_TO_BE_REPLACED 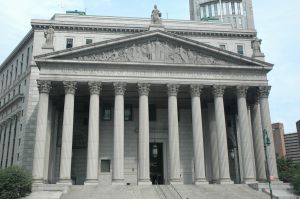 New Jersey’s Constitution tasks the State’s Supreme Court with creating rules to govern the practices and procedures in the New Jersey court system. The first set of rules went into effect on September 15, 1948.

Every year thereafter, the Supreme Court organizes an annual Judicial Conference to consider new amendments and improvements to the Court Rules. Two comprehensive revisions have previously taken place in 1953 and 1969. However, more minor revisions and amendments are made as deemed appropriate and practical. Changes are made at least once every year.

Recently, the Supreme Court’s Revision Committee has made several amendments
which will take effect on September 1, 2013. It is important for attorneys to be aware of and comply with these rules to avoid any filing issues with the court. While many amendments have been made, the following are some of the amendments more widely applicable to civil cases.
END_OF_DOCUMENT_TOKEN_TO_BE_REPLACED

Next, the statement must be false. Even if harmful to a person’s reputation, a statement that is true is absolutely immune from a defamation claim by the First Amendment of the United States Constitution which protects free speech. Therefore, “truth” is a nearly unbeatable defense to a defamation claim.
END_OF_DOCUMENT_TOKEN_TO_BE_REPLACED