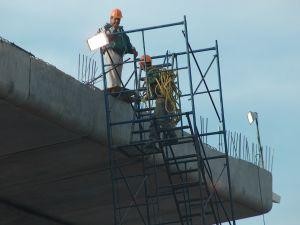 is to have a well-written contract.

The Case of CNJ v. Autobuilders

Autobuilders General Contracting Services, Inc. was general contractor on a project for the construction of a Maserati dealership in Morris County.  Autobuilders entered into four subcontracts with CNJ Construction Corporation for demolition, concrete, steel and site work on the project.  Each of the subcontracts contained a provision that Autobuilders could terminate the contracts for cause if CNJ failed to perform, but had to give CNJ three days written notice prior to termination, during which time CNJ could cure the default and avoid termination.  The notices had to be delivered by certain specified means, which did not include regular mail.  No notice was required if CNJ abandoned the job.  The contract provided that if CNJ was terminated for cause, it would be liable for any increased cost incurred by Autobuilders for completing its work on the project with other subcontractors.

After the work had been ongoing for some time, Autobuilders sent notices terminating each contract for cause.  However, it did not give CNJ the three day opportunity to cure and did not specify what the “cause” was.  It also sent the notices by regular mail.  The day it received the notices, CNJ immediately requested written clarification of the its supposed deficiencies, the opportunity to cure them, and payment for the work it had already completed under the contracts.  Autobuilders refused to pay CNJ’s invoices.

A bench trial was held by a judge without a jury.  The Appellate Division explained what happened.

The matter was tried without a jury over two days before Judge Frank J. DeAngelis. During trial, Autobuilders argued it provided notice and a three-day cure period in conformity with Articles 9.1 and 24.1 and, alternatively, that CNJ abandoned the Project after receipt of the September 16, 2015 letter.

On August 1, 2018, Judge DeAngelis issued a comprehensive oral opinion in which he found Autobuilders provided no evidence that it complied with the notice provisions of Articles 9.1 and 24.1, and failed to provide CNJ with a three-day period in which to cure alleged deficiencies in its work. In addition, Judge DeAngelis found the record contained no evidence CNJ abandoned the Project after the September 16, 2015 notice, given its written request for clarification of the alleged deficiencies on the same day it received the notice. Thus, the judge concluded, Autobuilders terminated the site work subcontract for convenience and is not entitled to recover from CNJ amounts spent after termination of the site work subcontract. Finally, Judge DeAngelis found CNJ established its claim Autobuilders owed it $110,052.15 for work performed on the demolition, cement, and steel subcontracts. In reaching his decisions, the judge made specific credibility determinations based on the the testimony of the witnesses.

The Appellate Division rejected Autobuilder’s arguments for the reasons in Judge DeAngelis’s opinion.

First, the Appellate Division explained that appeals courts “must give deference to those findings of the trial judge which are substantially influenced by his or her opportunity to hear and see the witnesses and have the `feel’ of the case, which [appellate courts do] not enjoy upon appellate review.”  Therefore, it would not second guess Judge DeAngelis’s witness credibility determinations.

Second, having reviewed the record, the Appellate Division was satisfied that Judge DeAngelis was correct when he found that Autobuilders had presented no evidence that it had complied with the notice provisions, that it had given CNJ the right to cure, nor that CNJ had abandoned the project.  Given that CNJ was not given proper notice and the right to cure, it was entitled to be paid for the work it did.