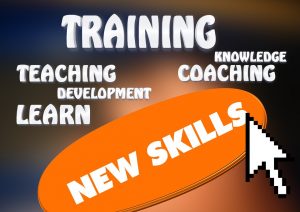 Courts have defined “conduct unbecoming a teacher” in multiple ways including :

END_OF_DOCUMENT_TOKEN_TO_BE_REPLACED

New Jersey is an “employment at will” state.  This means that normally an employee can be fired for any reason –even mistaken reasons – so long as the motivation is not illegal.  New Jersey’s tenure protection laws provide strong protections from the harshness of employment at will, but until teachers acquire tenure they have few protections against termination, even without cause.

END_OF_DOCUMENT_TOKEN_TO_BE_REPLACED 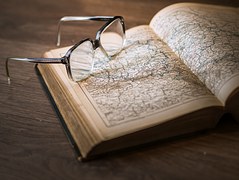 New Jersey’s Department of Education has issued regulations which govern “controversies and disputes” with public employees such teachers and principals.  The “controversies and disputes” cover a wide variety of issues including but not limited to the State Board of Examiner’s (“Board’s”) decision to block, revoke, or suspend a teacher’s certificate.

If you are faced with such a controversy or dispute or have been adversely affected by a  decision from the Board or other agency, these regulations provide a legal right to challenge the decision through a petition of appeal.  The petition of appeal must be filed in the specific format and must be filed within the time limitations provided under N.J.A.C. §6A:3-1.3(i).  Failing to strictly comply with these requirements may prevent you from challenging the Board’s or other agency’s decision or order.

The time period to file a petition of appeal begins from the date you receive a notice of “a final order, ruling or other action” by the Board, a board of education, or other agency.  The notice of the final decision must set forth the facts that you have a right to know which the decision is based on.  However, the notice may not be clear that the decision is final or provide you with information regarding your right to file a petition of appeal.  Therefore, it is extremely important that you address any notice of a decision that affects your employment promptly and seek legal counsel regarding your rights to appeal before they are time barred.

END_OF_DOCUMENT_TOKEN_TO_BE_REPLACED 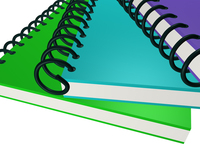 McLaughlin & Nardi, LLC’s employment attorneys represent teachers in all aspect of employment law. One of the most important areas of New Jersey employment law to teachers is the requirements for acquiring tenure.

However, there is an exception that provides that certain “time” does not count. New Jersey’s education laws provides that someone who is replacing another employee while that employee is out on a leave of absence, or period of disability or disqualification – a frequent example being a teacher who is hired to replace another teacher out on maternity leave – cannot use that replacement time to count for the acquisition of tenure. This is relatively straightforward in the case, for example, of someone who comes in to replaces a teacher who is out on maternity leave, and then loses her job when the first teacher returns. However, what about someone who is hired to replace a teacher on maternity leave, but then gets another teacher position and stays when mom returns to work? Can she count her original time because she is a permanent employee and her time was continuous, even if the initial time was served as a replacement? This is a far more difficult question for which until recently the courts had not spoken.

However, recently the Supreme Court of New Jersey finally addressed this question straight on. In that case, three teachers were let go by the Bridgewater Board of Education. If the time the spent as replacements for other teachers out on leave, they would have tenure. However, the Board of Education argued that this time should not count under the “replacement” exception to counting time for tenure. The teachers, obviously, argued that since they had been working straight for more than the time required for tenure, it should count. Two had received some form of notice that the time would not count, one did not.
END_OF_DOCUMENT_TOKEN_TO_BE_REPLACED 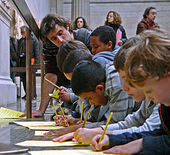 The Teacher Effectiveness and Accountability for the Children of New Jersey (TEACNJ) Act was recently enacted by the New Jersey Legislature and signed by New Jersey Governor Chris Christie. The TEACHNJ Act creates drastic changes to the process for fighting tenure charges by New Jersey teachers and other public school “teaching staff members.” In short, the TEACHNJ Act eliminates the hearing process before the Commissioner of Education and places the decision in the hands of an arbitrator.

When a New Jersey “teaching staff member” achieves tenure, she receives protections that most other New Jersey employees do not. Tenured teaching staff members can be dismissed or reduced in compensation “during good behavior” only for “incapacity,” “inefficiency,” or “conduct unbecoming” a teaching staff member, or some other “just cause.” However, they can be laid off for budget reasons or enrollment losses at any time as long as their seniority is honored.

Left unchanged are the initial procedures. Tenure charges are instituted by the local board of education. They are filed in writing with the board’s secretary together with a sworn statement of evidence. The employee is promptly given a copy and the opportunity to submit a written statement in response. The board will then consider the charges in closed session and decide by majority vote if the evidence supports probable cause for the charges, and whether the charges are sufficient to warrant dismissal or reduction in salary. If so, it then forwards the charges to the Commissioner of Education. If the board does not make a determination within 45 days, the charges are dismissed.
END_OF_DOCUMENT_TOKEN_TO_BE_REPLACED

On August 6, 2012, New Jersey Governor Chris Christie signed the Teacher Effectiveness and Accountability for the Children of New Jersey (TEACHNJ) Act, which had been passed by both houses of the New Jersey Legislature. The TEACHNJ Act significantly changes how New Jersey teachers and other New Jersey public school “teaching staff members” acquire tenure.

A “teaching staff member” who obtains tenure can only be dismissed or have their compensation reduced “during good behavior” for “inefficiency, incapacity, or conduct unbecoming [ ] such a teaching staff member or other just cause.” It also provides procedural safeguards before they can be fired. (However, tenure does not prevent the school district or board of education from instituting layoffs – including laying off tenured teaching staff members – for reasons of economy or reduced enrollment, provided seniority rules are followed.)

“Teaching staff members” who may receive tenure include New Jersey public school teachers, of course, but also include these positions:

END_OF_DOCUMENT_TOKEN_TO_BE_REPLACED

New Jersey recently enacted the Teacher Effectiveness and Accountability for the Children of New Jersey (TEACHNJ) Act. The TEACHNJ Act significantly changes the rules for the acquisition of tenure by New Jersey teachers and other New Jersey public school “teaching staff members.” The TEACHNJ Act changes the time period of service prior to acquiring tenure, sets up uniform evaluation requirements as a prerequisite to obtaining tenure, and drastically changes the process for challenging discipline against tenured teaching staff members.

Schools are required to establish a school improvement panel and mentorship program for new teachers during their first year which the teacher must complete. The panel oversees the mentorship program. It must be “research-based” and enhance teacher knowledge and strategies in the core curriculum. It must pair first year teachers with effective, experienced teachers. The board must provide teaching staff members with ongoing professional development opportunities.
END_OF_DOCUMENT_TOKEN_TO_BE_REPLACED