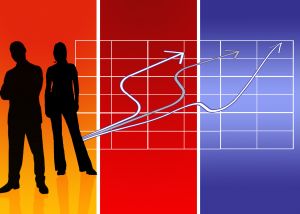 The Unites States Census Bureau has consistently found that women are paid less than men every year. Indeed, the National Women’s Law Center found that in New Jersey in 2012, a woman made approximately 79 cents for every dollar a man made. These discrepancies do not just account for females in different careers from males, but that this pay differential is also present for females in the same or similar fields as their male counterparts.

While New Jersey does not have as wide a gap between men and women as some other states, the pay gap is still clear and ongoing. While discrimination against women has constituted a violation of New Jersey’s Law Against Discrimination for decades, it is often difficult to prove. For instance, an employer can simply say that its female employee was being paid less than a similarly situated male employee because the male employee had better qualifications or performed better. It would be rare for an employer to have two employees, one male and one female, who had the same education, the same grades, attended the same schools, had the same level of experience and measures of success, and performed or produced exactly the same. Therefore, it is difficult to prove that any pay discrepancy is due to gender and not some other valid reason.

However, even more basic than that, the employee would have to be able to find out in the first place that she was in fact being paid less than what she would be paid if she were male. Indeed, many employers have a strict policy of forbidding employees from discussing their salaries, wages, or other benefits. While employers have a right to make the determination about what they will pay their employees, employers cannot take something such as gender into account when making that determination, just as employers cannot alter their payments as a result of race or religious beliefs.
END_OF_DOCUMENT_TOKEN_TO_BE_REPLACED

The situation has attracted attention from lawsuits involving an automobile manufacturer and a discount retailer who are alleged to have inappropriately used criminal background checks to deny employment to workers, resulting in discriminatory treatment. The lawsuits were brought under Title VII of the Civil Rights Act of 1964. Title VII is enforced by the EEOC and prohibits employment discrimination based on race, color, religion, sex and national origin.

The EEOC issued updated employment guidance to address findings that the application of criminal background checks for employment decisions results in a disparate impact based on race and national origin. African Americans and Hispanics are incarcerated at rates disproportionate to their numbers in the general population, indicating an increased potential for disparate impact, but employers can show in an EEOC investigation that their particular employment policy or practice does not cause a disparate impact on the protected group.

Courts look to the following types of evidence to determine whether an employer was motivated by race, national origin, or other protected characteristics when using criminal records in a selection decision:

END_OF_DOCUMENT_TOKEN_TO_BE_REPLACED

The United States Supreme Court recently ruled that a fired employee can sue his employer for the harm he suffered from “cat’s paw discrimination” because of his membership in the Army Reserve. Federal and state courts have ruled that “cat’s paw” liability applies in a wide variety of other New Jersey discrimination.

In Aesop’s Fables, a monkey convinces a cat to pull chestnuts from a fire. The monkey then eats them, leaving the cat with burnt paws and no chestnuts. A “cat’s paw” case happens when a decisionmaker has no intent to discriminate herself, but fires or penalizes in reliance on another employee’s input which was motivated by discrimination. It is sometimes been called “subordinate bias” because it holds the employer responsible for the discrimination or retaliation of someone below the decisionmaker.

The Supreme Court and Cat’s Paw Discrimination Against Members of the Armed Forces.

The United States Supreme Court recently allowed a hospital employee who was fired because of his Army Reserve service to sue for “cats paw” discrimination.
END_OF_DOCUMENT_TOKEN_TO_BE_REPLACED

The United States Supreme Court recently issued a decision on a contentious question in employment law , with important implications for New Jersey employment disputes – can an employee who did not engage in protected activity sue his employer for firing him to retaliate against a friend or family member who is a whistleblower? Lower courts had split, but the Supreme Court unanimously sided with the employee and said yes.

Both Title VII and the New Jersey’s Law Against Discrimination prohibit employers from retaliating against employees who make complaints of discrimination.
END_OF_DOCUMENT_TOKEN_TO_BE_REPLACED