The Appellate Division recently reversed the dismissal of a casino employee’s lawsuit for whistleblower retaliation, discrimination and sexual harassment, demonstrating again that New Jersey employment law provides some of the country’s strongest employee protections, while also demonstrating the limits of those protections.

In that case, Fox v. DGMB Casino, LLC, Regina Fox was employed as director of security by DGMB Casino, LLC (the corporate name for Resorts Casino Hotel), and had worked there for thirty seven years.  She was sixty two.  As director of security, she was in charge of staffing requirements and other regulatory mandates  of the New Jersey Division of Gaming Enforcement.  Any changes in staffing were required to be reported to the Division.

END_OF_DOCUMENT_TOKEN_TO_BE_REPLACED

In the recent case of Arku-Nyadia v. Legal Sea Foods, LLC, in the United States District Court for the District of New Jersey, the federal trial court covering the entire State of New Jersey, Judge Susan Wigenton examined the standards governing motions for summary judgement in lawsuits alleging violation of the New 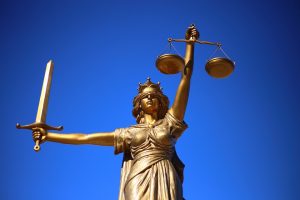 Jersey Law Against Discrimination.  In a summary judgment motion, a judge is asked to dismiss a party’s lawsuit because the moving party argues that even if the court took all the evidence in the best light favorable to the other party, it doesn’t create a question of fact for a jury and the moving party should prevail as a matter of law.

Suzy Arku-Nyadia was a Black woman who was born in Ghana and immigrated to the United States in 1999, to pursue bachelor’s and master’s degrees.  She worked for Legal Sea Foods, LLC (“LSF”) for fifteen years at multiple locations, beginning in Virginia in 2002 before transferring to Short Hills, New Jersey in 2004, and thereafter working in both New Jersey and New York.  Her final position was at LSF’s Paramus location.

END_OF_DOCUMENT_TOKEN_TO_BE_REPLACED 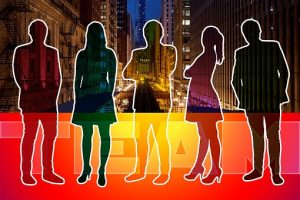 The United States Supreme Court issued a major decision on tolling the statute of limitations on state law claims while the case is in federal court which has significant impact on New Jersey employment litigation.  In the case of Artis v. District of Columbia, the Supreme Court answered a major procedural question regarding the interplay of federal and state claims being heard together in federal district court and state statutes of limitations.  While the case involved an employment case in District of Columbia, it would be equally applicable to cases brought under New Jersey employment law.