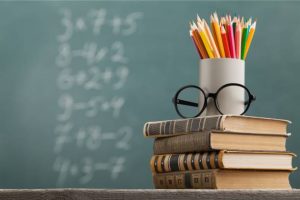 END_OF_DOCUMENT_TOKEN_TO_BE_REPLACED

In an important decision interpreting New Jersey employment law, the Supreme Court ruled in the case of Melnyk versus the Delsea Regional High School District that analyzing whether a position is eligible for tenure protection depends on the statutory requirements, not 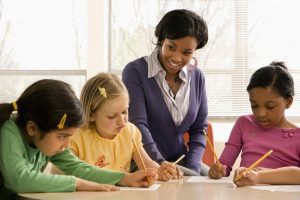 on how the employer chooses to label it.

Paula Melnyk was a long-time, tenured, full-time, certified, special education and English teacher during the day for the Board of Education of the Delsea Regional High School District, since 1991.  From 2002 through 2015, except for a break in the 2009-2010 school year, she also taught at in the Board’s BookBinders Program.  This was an evening program for students who had been removed from the traditional daytime classroom for behavioral issues, or who otherwise could not participate in the regular school program.  State law required the Board of Education to provide this service, whether through its own staff and facilities, or by agreement through another district.  The Board chose to provide the services itself.

The Board characterized Melnyk’s work in this program as “extra-curricular,” and therefore not eligible for tenure.  Had it been a position eligible for tenure, Melnyk would have earned it, since even with the break in 2009-2010, she had more than the three years and a day then required to earn tenure (that time frame was increased in 2012 by the TEACHNJ Act, but it was not applicable when Melnyk would have earned tenure).

END_OF_DOCUMENT_TOKEN_TO_BE_REPLACED

Both New Jersey’s tenure laws in Title 18A, which govern employees in New Jersey’s public schools, and the New Jersey Civil Service Act in Title 11A and Civil Service regulations are designed to ensure that government employment decisions, such as hiring, firing, promotion, etc., are made based on merit rather than nepotism, cronyism, racism, sexism, favoritism or politics.  Of course, these factors still come into play, and employers seek ways around these laws.  The New Jersey Supreme Court recently rejected such an attempt by the Newark School District to terminate a tenured secretary.

Brenda Miller was an employee of the Newark School District, which had been taken over and operated by the State of New Jersey.  The District had adopted the Civil Service Act, Title 11A of New Jersey Statutes, to govern its employees.  As public school employees, however, their employment was also governed by Title 18A, which governs New Jersey’s public grammar schools, middle schools, high schools and state colleges.

Brenda was hired in 1998 and held clerical and secretarial positions through 2012.  By virtue of this service she had acquired tenure under Title 18A.  These positions were also governed by the Civil Service System, and were considered “classified” titles.  In 2012, however, the District reclassified Brenda’s current position to an “unclassified” confidential assistant, which as an unclassified title did not have the same civil service protections as classified positions – indeed, unclassified positions have little more protection than an employment at will job in the private sector.  In 2014, citing the unclassified status of Brenda’s title, the District terminated her.  It did not provide her with notice or a hearing.

END_OF_DOCUMENT_TOKEN_TO_BE_REPLACED

Tenure is one of the most important protections for teachers in New Jersey employment law.  Both full-time and part-time teachers may receive tenure protection.  However, no New Jersey court has addressed the situation where a part-time tenured teacher’s earnings were reduced when her hours were cut, even though her hourly rate of pay was slightly increased.  However, in the recent case of Zimmerman v. Sussex County Educational Services Commission, the New Jersey Supreme Court addressed this issue head on.

One of the bedrock principles of New Jersey public education employment law is tenure protection.  Tenure of teaching staff members employed in the positions of teacher, principal, assistant principal, vice-principal, assistant superintendent, athletic trainer, school nurse and other positions in public schools requiring certification is generally governed by Title 18A of New Jersey Statutes. It was designed to protect competent and qualified teaching staff member from being subject to removal, discipline or “reduction in compensation” for “unfounded, flimsy or political reasons.” Tenure is a statutory right, not contractual.  It cannot be waived, forfeited or bargained away.  When a teacher satisfies the statutory requirements, she receives tenure protection.

END_OF_DOCUMENT_TOKEN_TO_BE_REPLACED

Under New Jersey employment law, specifically Section 6-14 of Title 18A of New Jersey Statutes, tenured teachers may be suspended on disciplinary charges with or without pay while their tenure charges are pending a determination.  However, the statute provides that if an arbitrator has not issued a decision on the charges by the 120th day of the suspension, the board of education is required to pay the suspended teacher beginning on the 121st day until the arbitration decision is issued.  If the charges are dismissed at any stage, the teacher will be reinstated with full pay for the entire period of her suspension.  If the charges are dismissed and the board of education appeals, and it continues the suspension during the appeal, the teacher must receive full pay during the appeal.  If the charges are not dismissed at the arbitration and the employee appeals, she is not entitled to pay while the appeal is pending, but if the appellate court orders her to be reinstated she will then be entitled to her lost pay for the entire suspension.  (The board is required to deduct any salary the employee was paid while she was suspended from what the board is required to pay her.)

The Appellate Division of New Jersey’s Superior Court, New Jersey’s intermediate appeals court, recently faced a situation not expressly covered by the statute – a situation where a tenured employee is suspended, the arbitrator upholds the termination, the employee appeals, and the appeals court does not order that the employee be reinstated but instead remands the case for a new arbitration hearing.  In that case, Pugliese v. State-Operated School District of the City of Newark, two tenured teachers were suspended without pay pending resolution of their disciplinary charges.  They contested the charges, and an arbitrator holding a hearing under New Jersey’s TEACHNJ Act of 2012 upheld the charges and ordered the teachers dismissed.  The teachers appealed.  The Appellate Division reversed the arbitrators’ decisions.  However, it did not order reinstatement, but rather remanded the cases for further proceedings.  The appeal, filed by the teachers, stretched the suspension well past the 120 day mark.  The teachers argued that they should be paid while the proceedings continued, but district refused because it was the employees who appealed and the charges were not dismissed.  The Commissioner of Education agreed.  The teachers appealed.

The Appellate Division held that even though it was the employees who appealed and the tenure charges were not dismissed, the district had to pay the teachers during their suspension.